Jenna Dewan's boyfriend got her hooked on wrestling 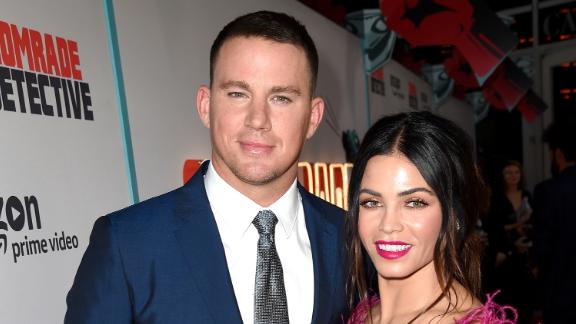 Channing Tatum and Jenna Dewan Tatum announced that they are separating after nearly nine years of marriage.

The actress told pro-wrestling star John Cena on "The Ellen DeGeneres Show" Friday that her boyfriend Steve Kazee is the reason she's turned on to the sport. Cena was guest hosting the show in DeGeneres' absence.

"Steve, my boyfriend, is a huge wrestling fan," she said. "And he got me so into it!"

She said she's even watched WrestleMania on her own without Kazee.

"He wasn't even in town, and I watched WrestleMania," Dewan said. "Because I had to know if Becky Lynch was going to beat Ronda Rousey."

But, alas, Dewan's wrestling passion only goes so far.

Cena asked the 37-year-old actress if she would ever consider participating in WWE.

"Never. I am absolutely not that tough," Dewan said.