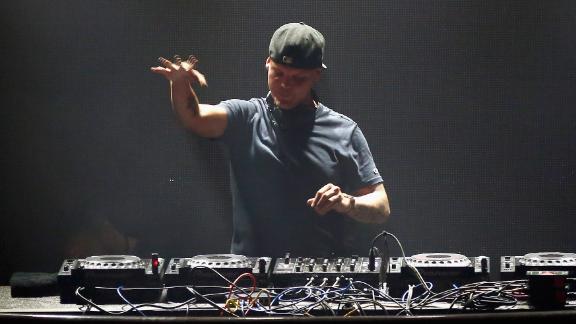 Grammy nominated Swedish DJ Avicii died in April 2018. He was one of the most successful touring DJs in the industry, working with artists including Madonna.

Avicii's first posthumous song, "SOS," is out nearly a year after the death of the Swedish superstar DJ.

The new song features vocals by American singer Aloe Blacc, who worked with Avicii on the 2013 hit, "Wake Me Up."

The new track is part of the album called "Tim" -- Avicii's real name is Tim Bergling. His collaborators Albin Nedler and Kristoffer Fogelmark released a video explaining how important it was for them to finish their friend's work and the challenges they faced.

The pair said they sought out Blacc for the vocals because Avicii had expressed interest in working with him again after the success of their previous hit.

The accompanying video shows a dark background, and touching messages and memories from some of Avicii's fans.

Lyrics are about some of Avicii's battles

Blacc said he was honored that Avicii wanted him on his album.

"I feel like 'SOS' was a song that was probably ahead of its time for when he wrote it," Blacc said. "He wrote these lyrics obviously about some of his battles and I think it's a really important topic to approach and to share ... to give people the words to be able to say, 'I need help.'"

The song features words that carry more weight in retrospect. They include lyrics about a man who does not get much sleep and relies on love to pull him back from the brink.

It also talks about love, drugs and relationships, and the stress that comes with it.

In true Avicii fashion, the hook is catchy and electrifying, and is sure to send crowds to the dance floor despite the song's solemn message.

Avicii's family said the rest of the album will be out on June 6, and comprises his remaining work before he died.

"He left behind a collection of nearly finished songs, along with notes, email conversations and text messages about the music," his representatives said.

The DJ and producer died on April 20, 2018, at age 28. His family started a foundation in his honor to raise money for mental health and suicide prevention.

Net proceeds from the album will benefit the Tim Bergling Foundation.