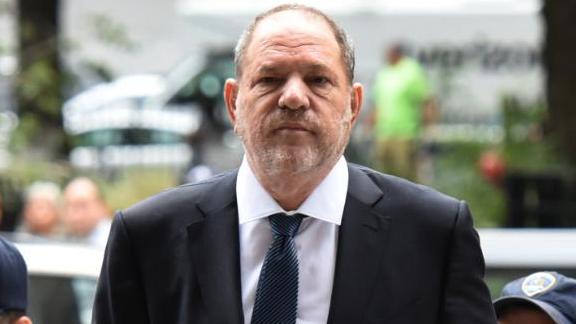 Dozens of women have accused Harvey Weinstein of sexual assault and harassment. Here are some of their stories.

This is only the beginning -- that was the message from a group of women known as the Silence Breakers had on Monday following the conviction of Harvey Weinstein on two of five charges in a New York criminal case.

"He will rot in jail, as he deserves, and we will begin to have some closure," said actress Mira Sorvino, one of the women who took part in a press call with others from the group, made up of women who have come forward with accusations of sexual harassment or abuse against Weinstein. "And any survivor out there who is scared and hopeless and just doesn't know what to do, know that we are here for you and there is hope and love and light and community. Together we have and will continue to make change in the laws as a culture, as this is just a drop in a wave of justice to come for predators and survivors everywhere."

The jury acquitted the disgraced movie mogul on the more serious charges of predatory sexual assault involving the two women and first-degree rape against Mann.

In doing so, jurors seemed to indicate that they did not unanimously find beyond a reasonable doubt that Weinstein had also raped actress Annabella Sciorra, another woman whose testimony prosecutors used in an attempt to establish Weinstein's predatory behavior.

Several women on the call, each of whom was given a chance to make a brief individual statement, expressed disappointment over the jury's failure to convict Weinstein on those charges, but expressed appreciation for those who took the stand during the trial.

Actress Caitlin Dunlany said the result from their efforts gives her "a renewed sense of faith that women will be believed when they come forward."

"What those women went through on the stand broke my heart," she said. "I'm so happy today that the jury believed them...This is absolutely a day of reckoning for Harvey Weinstein, as I hoped it would be."

The judge remanded Weinstein, 67, into custody.

The conviction marks the end of a major chapter in a story that began in 2017, when a group of women first came forward with allegations of sexual misconduct against the former producer in stories that appeared in the New York Times and the New Yorker.

Their accounts and experiences sparked a movement that saw Hollywood contend with rampant sexual harassment and misconduct in the industry through #MeToo, a creation of activist Tarana Burke.

More than 80 women have publicly accused Weinstein of a range of actions, from unwanted sexual advances to rape.

Though he has not responded in detail to allegations from the Silence Breakers individually, he has previously denied all accusations of non-consensual sex.

Weinstein still faces charges of raping one woman and sexually assaulting another in Los Angeles. Those charges stem from separate incidents in February 2013.

Actress and comedian Sarah Ann Masse, who was part of a class-action lawsuit against Weinstein, called the conviction in New York "only the beginning."

"We will keep fighting and we will see you all in Los Angeles," she said. "So, to Harvey, all the abusers, rape myth-perpetuaters, victim-blamers and those who have retaliated against us, this one's for you. Your time is up. The time for survivors to rise up and thrive has come."

Former actress Louisette Geiss, a lead plaintiff in the class-action lawsuit, and actress Rosanna Arquette were among those who acknowledged a need for updated laws regarding sexual misconduct. More resources and energy toward that effort, they said, is among the next steps.

"Moving forward, we must actively pursue strengthening laws and closing loopholes in our criminal system so that more rape cases will be prosecuted and rapists will be held accountable for their crimes," Arquette said. "But today let's focus on the progress that has been made with the first guilty verdict in the #MeToo era."

Weinstein was previously known as one of Hollywood's most successful moguls, making his mark first at Miramax and later at The Weinstein Company.

Through those companies, he produced films like "Shakespeare in Love," which won the best picture Oscar in 1999, and "Gangs of New York," which was nominated in the same category in 2003.

Weinstein is scheduled for sentencing on March 11th.

"These past two years have been incredibly difficult, and we were really hoping to change the world with this," Dulany added. "And I think today is a good indication that we are on that road to changing the world in terms of survivors, and to me, it's like the sky is blue again."