Chinese companies may invest in North Korea. American not so much

Could totalitarian North Korea one day become an opportunity for American businesses?

US Secretary of State Mike Pompeo raised the possibility last month that US companies could invest in the isolated country if it gets rid of its nuclear weapons.

It's still very unclear whether it will. Trump and Kim signed a document agreeing to vague pledges of nuclear disarmament and continued talks between the two countries.

Even if the process leads to an eventual breakthrough, experts say investors should view North Korea with extreme caution. And if any country moves fast to take advantage, it's likely to be China.

On paper, North Korea has some appealing traits for foreign companies. It is located in the middle of a major Asian supply chain that includes China, South Korea and Japan. Its economy also has a lot of catching up to do.

"There's a lot of potentially lucrative and very exciting investments in North Korea to be made," said Peter Ward, a researcher at Seoul National University who studies North Korea.

North Korea's population is impoverished but reasonably well educated, while labor costs are far lower than those of its neighbors, according to experts on the country. That makes it a potential hub for electronics and textile manufacturing, some analysts say.

But those advantages are outweighed by some extremely large obstacles for foreign investors, particularly the heavy hand of the Kim regime.

"The prospect of major investment being allowed into North Korea by the regime is unlikely," said Go Myong-hyun, a research fellow at the Asan Institute for Policy Studies, a Seoul-based think tank. "The regime is deeply suspicious of the international market."

As North Korea's largest trading partner and the regime's primary backer, China could take the lead in investing in the country.

Ward said that North Korea looks like a natural candidate for China's Belt and Road initiative - a grand plan to invest hundreds of billions developing roads, ports and railways from Asia to Africa. Infrastructure in most of North Korea is in a dilapidated state, according to experts.

But Chinese money can bring complications. In one case, China took control of a port it developed in Sri Lanka after the South Asian country fell behind on payments.

Such incidents are unlikely to have escaped the notice of Pyongyang, which will want to avoid any perception of ceding sovereignty to its northern neighbor.

Foreign investors in North Korea have been burned in the past. In the 1980s, Pyongyang defaulted on loans from European and Australian banks. More recently, companies that have tried to operate there have run into trouble.

In the late 2000s, Egyptian conglomerate Orascom was invited to form a joint venture with the North Korean government to build the county's first cellular network.

The company ran into difficulties in a matter of years, including being prevented from moving profits out of North Korea and Pyongyang setting up a state-run rival. In its 2015 financial report, Orascom simply said "control over the [joint venture's] activities was lost." Few other details about its fate have been made public.

Orascom didn't respond to a request for comment on the matter.

Related: How to get to North Korea's nuclear site

South Korean companies have struggled, too.

In 1998, the Hyundai Group started operating a mountain resort for tourists in North Korea. The complex attracted two million South Korean visitors over the course of 10 years before the killing of a tourist by a North Korean sentry prompted its closure. The project has since been confiscated by Pyongyang.

"They lost everything," said Asan Institute's Go, referring to Hyundai. "The company no longer has access to North Korea."

Despite that experience, the Hyundai Group has set up a task force to prepare for a potential return to the country. And Samsung Securities, the investment arm of another big South Korean conglomerate, said on Thursday that it was establishing a research team to analyze potential future investments in North Korea.

Kaesong was shut down in 2016, a casualty of rising political tensions.

Experts offer several reasons why the North Korean regime has a tendency to turn around and bite foreign investors.

Some say that authorities are worried that the spread of market capitalism will undermine the regime's grip on power, or that companies can end up as the victims of factional infighting within the government.

Others think that North Korea's cloistered economy means officials are unaware of what is considered acceptable practice for dealing with business partners.

"They think of themselves as being a prize catch in international markets," Ward said. "They don't seem to understand that expropriating investors willy-nilly is going to get you a very bad reputation."

Hi: 74° Lo: 37°
Feels Like: 34°
More Weather
A sunny and very warm Wednesday across northwest Missouri and northeast Kansas. Sunny skies and above normal temperatures were found across the area Wednesday afternoon but a strong cold front has made its way into the area bringing cooler air with it. 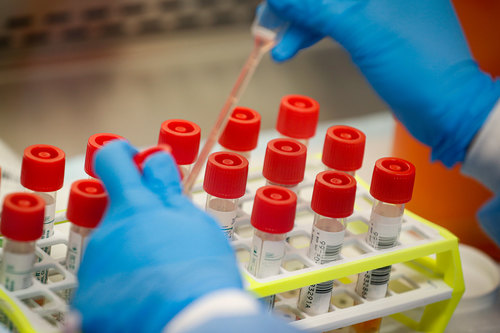