Forget Madonna and Logic -- here's where the VMAs made a statement

The statement was subtle but the point was poignant. There was Willy William, a French-born child of Mauriti...

The statement was subtle but the point was poignant. There was Willy William, a French-born child of Mauritian immigrants, accepting the MTV Video Music Award on Monday night for Best Latin Video, for the worldwide hit "Mi Gente" -- and using the moment to celebrate his country's World Cup victory in July.

William accepted the award on behalf J. Balvin, with whom he collaborated on "Mi Gente," the latter's remix of William's single "Voodoo Song." In his acceptance of the award, William apologized for his poor grasp of English but was pretty clear in announcing his pride in his French heritage and France's Cup victory.

Why was this an important moment?

Because with 15 players with African roots on France's 23-man soccer team earlier this summer, people of African descent from all around the globe took a degree of pride in the country's second World Cup victory. In fact, one such person -- The Daily Show host Trevor Noah -- found himself in a bit of a beef with Gérard Araud, the French ambassador to the United States, over the amount of Africa in France's victory.

Noah, who is from South Africa, jokingly said it was a win for the Motherland.

"By calling them an African team, it seems you are denying their Frenchness," Araud wrote in a response he posted to Twitter in July. "This, even in jest, legitimizes the ideology which claims whiteness as the only definition of being French."

The exchange sparked a trans-Atlantic discussion about immigration and anti-immigrant hatred at a time when many around the world have been focusing on the issue as an American problem. It shed light on the parts of France's population that are anti-immigrant and anti-Muslim, as well as reminded observers of the country's long, documented history of colonization. That same light reflected back on the United States and illuminated an important and broader context for its growing anti-immigrant sentiment, its halting and incomplete efforts to deal with its own history of racism.

And in the wake of that summer debate came Willy William -- whose song was remixed by Colombian artist J. Balvin and retitled "Mi Gente," then remixed again with Beyoncé on vocals -- using perhaps the biggest moment of his musical career to date to announce his citizenship.

For those unaware of the larger conversation about France and the World Cup, I'm sure that throwaway moment meant nothing. It certainly wasn't as visually powerful as seeing the wall separating families come tumbling down during Logic's performance with immigration leaders, and their children wearing shirts that said "We are all human beings." Logic himself sported a shirt saying "F*** the wall." It also wasn't as off-putting as watching Madonna spend the majority of her tribute to Aretha Franklin talking about herself.

But to those of us who understood why he took the time to claim his nationality while celebrating the World Cup victory, it too was a defining moment of a politically charged night. Willy William didn't strangle us with an overwrought acceptance speech, drown us in self-importance, or sport a T-shirt with a slogan.

He simply said "I am French" and gloated about the soccer tournament, allowing viewers to debate their own politics in their own heads.

None of which is meant to throw shade at the entertainers who decided to do something more overt or take away from the fact that "Mi Gente" is a really good song with a cool video. Yet, at the end of the day, what Willy Williams' moment did was highlight the unifying power of music. It spotlighted a black Frenchman accepting a Latin video award for a Spanish song title that translates into "my people," and dared the closed-minded to debate exactly which "people" he is referring to.

As for those of us with more of an open mind, we've always known the answer: it's all of us. 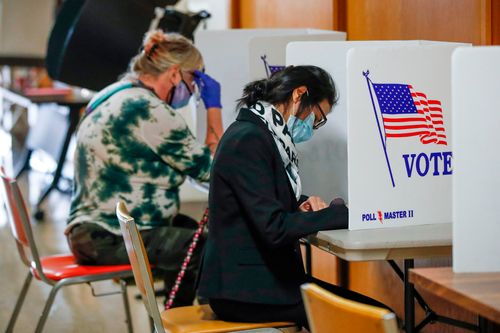