A leading journalist and vocal critic of Philippines President Rodrigo Duterte has surrendered to a Manila c...

A leading journalist and vocal critic of Philippines President Rodrigo Duterte has surrendered to a Manila court after arriving back in the country to fight tax charges that were filed in her absence.

Maria Ressa, the CEO of Philippine news site Rappler presented herself to court with a bail application, that was approved, guaranteeing her freedom until her next court appearance scheduled for December 7.

Ressa and her company were formally indicted on multiple counts of tax evasion last week, charges critics say are politically motivated and designed to silence independent media in the southeast Asian country. The formal accusations bring with them a potential 10-year prison term under Philippines tax law.

In a statement on Monday, Ressa said that the charges were "a clear case of harassment."

"I surrendered to the court this morning, went though the process of what a criminal would go through, and filed bail without surrendering my right to question the Pasig court's jurisdiction over this tax case," she said.

Ressa's lawyer Francis Lim confirmed to CNN that she posted Php60,000 (about $1,100) bail and was free to leave the court. He added that an arraignment was set for Friday.

"We will file a motion to quash the indictment and defer the arraignment," Lim said.

Ressa, an award-winning journalist who previously served as a CNN bureau chief in Manila, has defended Rappler's ownership structure as "100% Filipino," and maintained the charges against her company are politically motivated.

"I've long run out of synonyms for the word 'ridiculous.' The basis of this case is that Rappler is classified as a dealer in securities. I am definitely not a stockbroker," Ressa told CNN after news of the charges broke.

Duterte's office has denied he is involved in the prosecutions against Rappler, but the President has previously sparred with the company's employees, personally barring Ressa and reporter Pia Ranada from Malacanang Palace, his official residence, over their coverage of his administration.

Thorn in Duterte's side

Ressa arrived back in Manila Sunday night amid fears that she could be subject to immediate arrest, but was able to leave the airport with the rest of the Rappler team.

Upstart news site Rappler has become an indispensable source of information, both for the international media and readers in the Philippines, for its coverage of Philippines President Rodrigo Duterte's brutal war on drugs.

Carlos Conde, Philippines researcher for Human Rights Watch said Monday that "the charges filed against Rappler and its editor and founder, Maria Ressa, are politically motivated and part of the Duterte administration's campaign to harass, threaten and intimidate critics."

"This is not surprising behavior by the administration but is nonetheless abominable," he said in a statement.

In a press conference Monday, Philippine presidential spokesperson Salvador Panelo denied that the charges against Ressa and Rappler were politically motivated.

"It's a question of tax evasion. You violate tax laws and then you'll be prosecuted," he told reporters, according to Rappler. "We have repeatedly said that we've never and will never interfere with the function of the judiciary. If the judiciary finds probable cause, then we'll have to respect the law on the matter. Ms. Ressa is entitled to legal remedies under the law."

Brad Adams, Asia director for Human Rights Watch, earlier said the case sent "a chilling message to journalists and human rights activists (in the Philippines) that they will be targeted for exposing his murderous campaign."

In January, the Philippines Securities and Exchange Commission (SEC) temporarily revoked Rappler's registration on the basis that it had violated the country's constitution over foreign ownership rules.

Philippines officials claim Rappler and Ressa failed to declare about $3 million in 2015 on tax returns from an investment by the Omidyar Network, a fund created by eBay founder and philanthropist Pierre Omidyar. Rappler said five cases were formally filed against Ressa and Rappler Holdings in two courts.

At the time, the Committee to Protect Journalists (CPJ) called the charges a "direct assault on freedom of the press." The rights group Amnesty International, meanwhile, claimed it was "an alarming attempt to silence independent journalism."

Ressa was overseas when the charges against Rappler were first announced, but she vowed to return to the Philippines and fight them, even if that meant doing so from a prison cell.

"In many ways the government's attacks against Rappler have made it very clear to us exactly who we are, what our identity is, and for our young reporters who are on the ground, how clear and necessary our mission is today," Ressa told CNN last month.

"Our democracy is in transition ... the mission of journalism has never been needed as much as it is now, and we'll continue doing these stories."

Hi: 75° Lo: 50°
Feels Like: 64°
More Weather
A high pressure system is in control of northwest Missouri and northeast Kansas through Wednesday. This will give the region a terrific 3-day stretch of fall-like temperatures. Partly sunny skies, highs in the 70s and mild dew points are anticipated through Wednesday. 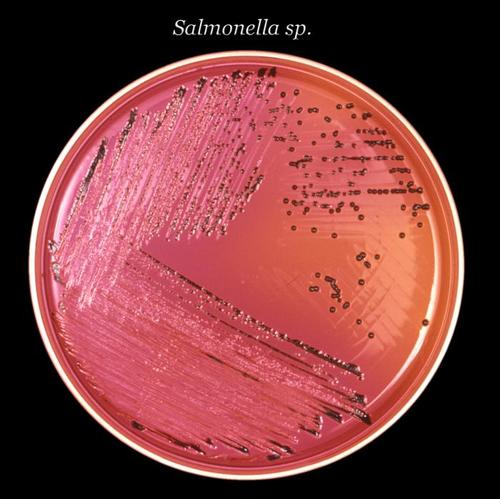