What's Mitch McConnell so afraid of? 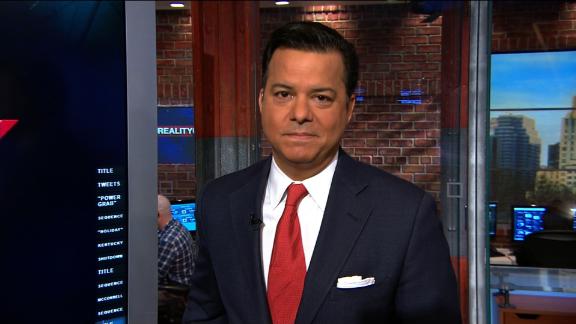 After Senate Majority Leader Mitch McConnell dismissed a House bill that would make Election Day a federal holiday, CNN's John Avlon looks at how the proposal would affect voter turnout.

As a professor of election law and voting rights at the University of Kentucky College of Law -- your state's flagship institution and your alma mater -- I invite you to come sit in on my election law class. Given your recent commentary on the subject, it might teach you a lot.

For instance, you can learn about the true merits of H.R. 1, the For the People Act, a proposed law that Democrats in Congress have introduced to completely revamp our elections. Yes, it would include a provision to make Election Day a federal holiday as part of a suite of reforms to improve voter turnout.

You mocked the holiday idea on the Senate floor this week (and in your recent Washington Post op-ed) while ignoring the comprehensive nature of the election reform package. You claim it's all part of a Democratic "power grab." Senator, are you really afraid of more eligible people going to the polls?

The law includes many reforms -- like automatic voter registration, felon re-enfranchisement, improved election security, and methods to make voting more convenient -- that all amount to one thing: modernizing our election system for everyone.

What's more, the law would enact numerous ideas that are already working in various states and localities throughout the country. It is aimed at bringing more eligible voters into our political process. In fact, several Republican-controlled states have enacted some of these reforms.

Take automatic voter registration, which is sweeping the nation. The idea is built on a simple premise: When the government already has information about voters, such as through the Department of Motor Vehicles office, it should simply add that information to the voter registration rolls. Voter registration is often an unnecessary barrier to voter participation, and states can eliminate that barrier by automatically registering valid voters in this way.

Far from a ruse that registers invalid voters (an assertion from your op-ed that the Washington Post later corrected), it would simply make it easier for more people to participate in our elections. In fact, automatic voter registration actually improves election integrity by helping states clean up their voter rolls.

Sen. McConnell, your commentary also attacked H.R. 1's plans for campaign finance reform and greater disclosure of who is spending money in campaigns. You claim that with the bill, Democrats would be "coming after free speech." Not so. Though you may oppose disclosure, the Supreme Court has declared that greater disclosure is the way to solve many of the problems of our campaign finance system and, in almost all circumstances, is perfectly legal under the First Amendment.

As for publicly funded Democracy Vouchers that voters can give to candidates to fund their campaigns -- used successfully in Seattle -- the idea is to insert more money into our political system. But instead of having wealthy interests and groups that obscure their identity flood our airwaves, Democracy Vouchers, as a form of public financing, would allow everyday Americans to have a say in who receives campaign funds and democratize who has the financial ability to run for office.

Ironically, you assert that "Americans [don't] see an urgent need for their tax dollars to be used to bankroll robocalls and attack ads," yet in heralding Supreme Court decisions like Citizens United and supporting the deregulation of campaign finance, you seem to have no problem with more money being inserted into our political system so long as it comes from wealthy interests who can obscure their identities.

You also suggested it is a power grab to change the Federal Election Commission from its current system of having three members appointed by each political party to having a 3-2 split. Right now the FEC is largely ineffectual, as it often deadlocks on a 3-3 vote (and right now it has only four members, the minimum for a quorum). Having an odd number of commissioners would help the agency actually enforce federal campaign finance laws. And the proposal would simply give an advantage to whichever party is currently in the White House, Republican or Democrat.

Now, there may be better ways to reform the agency, and perhaps giving the party in power more control might help them entrench themselves if they set out rules for the next election -- but that's true for both parties.

H.R. 1 also includes numerous other proposals that, once again, already work well in various states and localities. Everyday Americans -- such as the "democracy champions" I profile in my forthcoming book who have worked to improve our democracy through sustained advocacy for positive voting rights reforms -- desperately want these enhancements to our election system.

For instance, voters are clamoring for independent redistricting commissions, as the results of the five states to vote on the idea in 2018 showed: All five measures passed. That includes both red and blue states, like Utah and Michigan. Americans understand that voters should pick their politicians and not the other way around.

The proposed law would also restore the right to vote to felons who have completed their sentences, reversing a policy that harms minority voters in particular and strips millions of the core aspect of their citizenship. Plenty of states all across the country -- including Florida, this past November through a ballot initiative -- have eased their felon disenfranchisement rules.

In addition to declaring Election Day a national holiday, which, to be sure, has its own complexities, such as potentially harming hourly employees, the law would also expand early voting and vote-by-mail/vote-at-home opportunities.

The law would require a verified paper trail to enhance the security and integrity of our election system.

It would impose more rigorous ethics requirements on our public officials.

In sum, H.R. 1 would modernize America's election system for everyone. That should be the goal: let's make it easy for all eligible Americans to participate and allow the best candidates and best ideas -- and not election rules -- dictate the outcomes.

Sen. McConnell, I promise that my election law class presents a fair, unbiased overview of our election system and the numerous laws and regulations involved. We can debate the merits of some of the proposals in H.R. 1, but one thing is clear: States and localities are already seeing success with many of these ideas, modernizing their elections and bringing more people into the political process.

Isn't that something that all sides should want? Shouldn't everyone champion improved voter participation?

I invite you to the classroom anytime you are available.

Hi: 55° Lo: 21°
Feels Like: 34°
More Weather
Warm air is in place over northeast Missouri and northeast Kansas on Wednesday. Temperatures made it into the lower 50's on Wednesday. A warm up is projected to stay in place for Thursday. Then a cold front will work its way through the region Thursday night with cooler weather behind it for the end of the week.

Fans, businesses are ready to "Run it Back"

Mega Millions jackpot rises to $970 million with no winners Tuesday