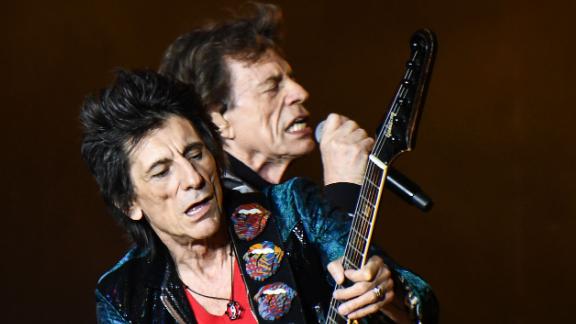 British rock band The Rolling Stones announced the postponement of an upcoming North American tour. The band will not be embarking on a 17-gig tour due to singer Mick Jagger's health.

The band will not be embarking on a 17-gig tour, scheduled to start on April 20 in Miami Gardens, Florida, due to singer Mick Jagger's health problems.

"Mick has been advised by doctors that he cannot go on tour at this time, as he needs medical treatment," reads a statement from the band.

"I really hate letting you down like this," he wrote.

"I'm devastated for having to postpone the tour but I will be working very hard to be back on stage as soon as I can."

Shortly after the announcement, bandmates Keith Richards and Ronnie Wood voiced their support for Jagger.

"A big disappointment for everyone but things need to be taken care of and we will see you soon. Mick, we are always there for you!" said guitarist Richards on Twitter.

Wood, who also plays guitar, tweeted, "We'll miss you over the next few weeks, but we're looking forward to seeing you all again very soon."

Doctors have told Jagger that he will make a "complete recovery so that he can get back on stage as soon as possible," according to the band statement.

"We apologize for any inconvenience this causes those who have tickets to shows but wish to reassure fans to hold onto these existing tickets, as they will be valid for the rescheduled dates, which will be announced shortly," reads the statement.

The Rolling Stones are one of the most recognizable names in music, still going strong after more than five decades in the business.

They have been nominated for 12 Grammy Awards, winning three, and will reportedly fulfill their US and Canada tour dates once Jagger has recovered.

Hi: 21° Lo: 5°
Feels Like: 6°
More Weather
Cold Temperatures continue through the day Sunday. We will see mostly sunny skies with highs in the upper 10s to lower 20s. While the sun will be out for the game tomorrow, we have some northerly winds gusting between 20 to 25mph making it feel much colder. Wind chills will only be brushing 0 by kickoff. If you are headed to arrowhead tomorrow, make sure you bundle up. Temperatures will hold in the 20s and 30s through the first half of the week and we will see some chances for rain and warmer weather after midweek.