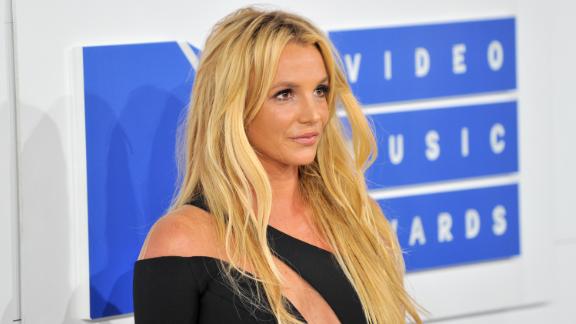 Britney Spears says she is taking time away from the spotlight for "me time." Spears recently canceled her Las Vegas residency, citing her father's health.

Britney Spears looks to be focusing on self-care.

"Fall in love with taking care of yourself, mind, body, spirit," the singer posted Wednesday on her official Instagram account.

"We all need to take time for a little 'me time,' " Spears wrote in the caption.

People first reported that the star has checked into a facility to seek "all-encompassing wellness treatment." Other outlets including the Los Angeles Times have reported she has sought treatment.

CNN reached out to her reps for comment Thursday morning.

In January, she announced she was stepping away from her career because her father, Jamie Spears, was having health issues.

The "Toxic" singer had been set to start her "Domination" residency in Las Vegas the following month.

"I don't even know where to start with this, because this is so tough for me to say. I will not be performing my new show Domination," she wrote on Instagram with a photo of her as a child with her parents. "I've been looking forward to this show and seeing all of you this year, so doing this breaks my heart. However, it's important to always put your family first... and that's the decision I had to make."

Spears wrote that "A couple of months ago, my father was hospitalized and almost died."

"We're all so grateful that he came out of it alive, but he still has a long road ahead of him," she wrote. "I had to make the difficult decision to put my full focus and energy on my family at this time. I hope you all can understand."

The mother of two sons famously shaved her head in 2007, sparking fears she was having a mental health crisis.

"It isn't weakness," he wrote. "It's a sign of absolute strength, people should only be inspired by this, at least I am."

Hi: 36° Lo: 24°
Feels Like: 30°
More Weather
Temperatures will be in the middle to upper 30s tomorrow. Once the fog clears, we will get to see the sun briefly before the another round of clouds build in during the evening. Highs will continue to rise through the week but will stay in the 40s for most of us. By the weekend highs will be in the 50s.