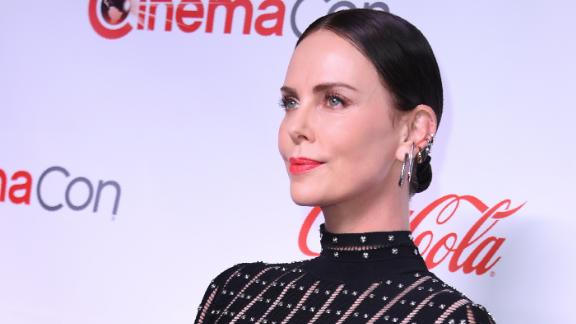 Charlize Theron is open to a relationship but she needs a man to "step up."

The actress, 43, got candid about her dating life while promoting her upcoming romantic comedy, "Long Shot."

"I've been single for 10 years, it's not a long shot," Theron told "Entertainment Tonight." "Somebody just needs to grow a pair and step up. I'm shockingly available."

Theron's co-star in the film, Seth Rogen, echoed her sentiments saying, "She's out there!"

Her last serious relationship was with Sean Penn. The two were engaged but split in 2015.

"We were in a relationship and then it didn't work anymore. And we both decided to separate. That's it," Theron said about the break up with Penn in a 2016 interview with the Wall Street Journal.

Prior to Penn, she dated actor Stuart Townsend after meeting on the set of "Trapped." They split in 2010.

Hi: 35° Lo: 24°
Feels Like: 28°
More Weather
Temperatures will be in the middle to upper 30s tomorrow. Once the fog clears, we will get to see the sun briefly before the another round of clouds build in during the evening. Highs will continue to rise through the week but will stay in the 40s for most of us. By the weekend highs will be in the 50s.