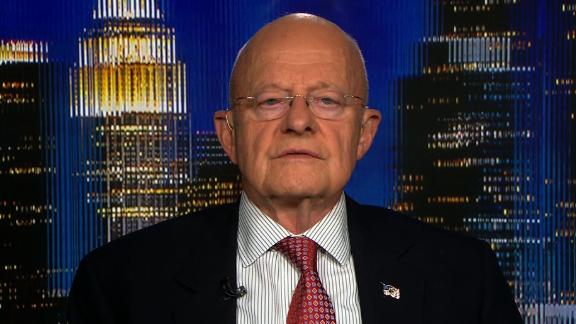 For decades Republicans have railed against the size and scope of the federal government. GOP candidates regularly promise to eliminate government agencies, cut waste and fraud in spending and get government out of decisions that, they say, should be left to states, markets and individual families. They argue for smaller, more efficient and better government.

But since Donald Trump's election that principle has turned sideways. Trump and his Republican backers now don't want smaller and better; they seem to want to sabotage the actual work of government. They appear hell-bent on making it less transparent, less responsive and less effective.

And this effort is accelerating.

It was somewhat subtle at first: Trump Republicans started early by trying to strangle the Affordable Care Act without offering a viable alternative to replace it. Courts have repeatedly blocked these attempts, and so the administration and Republicans have worked to kill the law with a thousand cuts. They've cut the advertising budget, making it harder for people to find the plan and sign up. They removed the individual mandate, have undermined -- at every turn -- a program aimed at attracting young people to the ACA, and shortened the enrollment period for consumers to sign up. And late last month, Trump's Justice Department said it would file a legal brief with a federal appeals court to wipe out the entire law.

One might argue that these are just policy differences between the parties. You can make no such argument about another series of moves.

Trump publicly berated Jeff Sessions, then his attorney general, for not being loyal and eventually fired him. He fired FBI Director James Comey for doing what the FBI does: investigate. He fired his secretary of state, Rex Tillerson, for actually practicing diplomacy, and forced out his defense secretary, James Mattis, and national security adviser -- H.R. McMaster -- for the crime of providing professional advice.

And as long as we're on the subject of national security, he has repeatedly given more weight to the word of foreign adversaries over the professionals in the US government's intelligence community. It's not just Vladimir Putin and Russia. When it came to who killed Jamal Khashoggi, the President was quick to side with and defend Crown Prince Mohammed bin Salman and the Saudis.

What is even more startling is who the President now wants to bring in to run the government. Matt Whitaker, despite having none of the requisite qualifications to be attorney general, was nonetheless made acting attorney general -- violating longstanding procedure at a critical time for the Department of Justice.

Appointing William Barr as attorney general after Whitaker was no better. Remember: Barr sent the White House an unsolicited 19-page memo outlining, in effect, how the attorney general could, and should, protect the President from Robert Mueller's investigation.

It was one hell of an audition for Trump and secured Barr the job whose accurate description should have cited Roy Cohn -- the toadying counsel to "Red Scare" Sen. Joseph McCarthy and later mentor to Trump -- not the giants of justice from American history.

Now we look to who is going to lead the effort to protect the homeland. Department of Homeland Secretary Kirstjen Nielsen was forced out for, among other things arguing that the President had to follow the law and not close the border at El Paso, Texas, and objecting to restarting the administration's odious policy (which she had supported) of separating immigrant children from their parents at the border, citing concerns about court challenges.

Indeed, there is nothing that has reduced trust in government among many Americans than the President's erratic and outrageous policies around immigration.

Last week the President told border agents to defy the law and not let migrants in, two sources told CNN. (The agents' supervisors told them afterward that they had to follow the law.) When the President makes this kind of move, the infrastructure that supports our democracy doesn't crack, it crumbles.

Now the President again is defying procedure and is looking to install a loyalist and immigration hard-liner to run the agency created after 9/11 to fight against terrorism in America. That should warm the hearts of any group planning to attack our homeland.

But in an important way, Trump's appointments to the Federal Reserve are the most shocking and disturbing. The Federal Reserve may be the last bastion of our government not infected with partisan politics. It is run by accomplished economic thinkers, whose decisions are critical to determining our nation's future economic performance as well as the economies of the rest of the world. Trump, eschewing expertise, has decided to nominate Stephen Moore, an adviser from his campaign, and Herman Cain, a former presidential candidate.

He's more familiar with writing talking points for politicians than discussing the details of things such as quantitative easing. He has no place on the Federal Reserve.

And Cain. He was successful in the pizza business before running for President. But his campaign was derailed by a tax plan called 9-9-9 that no one understood, and multiple allegations of sexual harassment. Since his presidential run, his projects have included promoting penny stocks to unsophisticated investors. (He denies all wrongdoing.) These "get rich quick" schemes are classic rip-offs run by scam artists, not Federal Reserve governors.

The most charitable explanation that Trump supporters always float for all this chaos is that the President doesn't really understand how government works and how Washington operates. I think it is something profoundly worse.

The problem isn't that Trump doesn't understand how our democratic government works: He fundamentally doesn't believe in or trust in democracy as an operating principle for our entire system. I believe he is intentionally undermining faith in our system as a precursor to changing it. Let's all remember what he said at the Republican National Convention in 2016: "I'm the only one who can fix our problems."

He didn't say we had to work together; he subtly said, without saying, that authoritarian government, or the cult of personality, was the only thing that could save our country.

I hope I'm wrong. But if I'm not, it sure does explain his affinity for foreign dictators and illustrates just how dangerous a position our country is in.

Hi: 88° Lo: 59°
Feels Like: 63°
More Weather
Temperatures today were slightly above average with highs in the mid 80s. Most of today was dry and sunny, but a weak cold front will move through late this afternoon into this evening giving us the chance for a few isolated showers and storms. Conditions will stay comfortable this weekend with highs in the mid 80s on Saturday and upper 80s on Sunday. Temperatures will start off above average on Monday before a cold front moves through. That front will give us additional rain chances Monday night and some much more fall like temperatures through the rest of the week.