Lizzo is the musical artist you need to hear right now 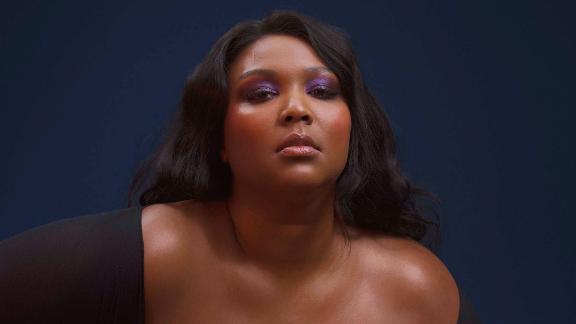 If you're not familiar with Lizzo yet, you'll be hearing a lot more about her soon.

The singer and rapper released her new album "Cuz I Love You" Friday, and it's quickly climbed the charts alongside artists like Beyoncé.

That shouldn't surprise anyone who knows a thing or two about the "Juice" singer, who also rocked the crowd at Coachella this year.

Lizzo songs like "Coconut Oil" and "Good As Hell" are unapologetic, self-love mantras that empower a demographic we rarely see celebrated: plus-sized black women. In her music they're depicted as confident, sexual and a lot of fun.

Here's what else you should know about her.

She stopped talking in order to find her voice

Lizzo, born as Melissa Viviane Jefferson, grew up in Houston and stopped talking for three months when she was 20 years old.

"I don't know what was wrong. It was dark," she told Great Big Story.

The singer, who turns 31 next week, said she needed to listen to the voice inside of her to learn her life's purpose. During her self-imposed silence, she decided she wanted to become a singer. Now signed to Atlantic Records, Lizzo wants her music to make the world a better place.

Therapy had a big influence on her life and music

Last summer Lizzo said she started going to therapy, which shaped her life more than what was happening on her Twitter and Instagram feeds.

Lizzo said she tried to sing the words in her new album's title track like they were being ripped from her lungs so her listeners could hear her vulnerability.

"I was so afraid of sounding like that for so long. It's a raw part of me that I didn't allow myself to celebrate."

Her social feeds are authentic and unfiltered

Lizzo has a lot of personality and is not afraid to be herself.

Sometimes she likes to play the flute on stage. Other days, you can catch her showing off her twerking skills.

You can tell she's comfortable in her own skin, communicating body positivity to her fans and directly interacting with them on a frequent basis.

In the digital age, it's important for your audience to know you, she told CNN in 2016.

That's one of the reasons she says her music sticks among black women. Because they can see themselves in her work.

"I realized that it's because I am who I am that makes these songs political," Lizzo said. "You get a skinny white girl singing 'Coconut Oil' ... and it's one thing. I sing it, and it's this whole other thing."

We shouldn't compare Lizzo to other music icons

Sure, we could drop a few names to give you a better idea of who Lizzo is.

But that would undermine the whole essence of Lizzo, a black woman who is just trying to be herself.

Hi: 21° Lo: 5°
Feels Like: 4°
More Weather
Cold Temperatures continue through the day Sunday. We will see mostly sunny skies with highs in the upper 10s to lower 20s. While the sun will be out for the game tomorrow, we have some northerly winds gusting between 20 to 25mph making it feel much colder. Wind chills will only be brushing 0 by kickoff. If you are headed to arrowhead tomorrow, make sure you bundle up. Temperatures will hold in the 20s and 30s through the first half of the week and we will see some chances for rain and warmer weather after midweek.