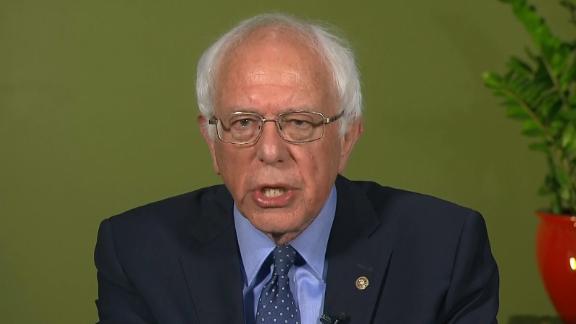 The new CNN poll about where Democratic candidates stand in Iowa is out. And while former Vice President Joe Biden maintains his lead at 24%, it is narrower than in most recent polls. Some of his competitors, including Sen. Elizabeth Warren at 15% and Mayor Pete Buttigieg at 14%, seem to be gaining significant ground. This likely means that enthusiasm for Biden is not especially strong, particularly when compared to his competitors.

Though the Iowa caucus (the first contest in the Democratic calendar) provides the winner with only about 1.1% of delegates he or she needs for the nomination, the contest has become an important part of the party nomination process. In 1976, former Georgia Gov. Jimmy Carter outperformed his more experienced and nationally-recognized opponents to emerge as a front-runner.

While the well-known candidates had skipped Iowa, Carter visited the state frequently and participated in every event that was held. Even though most Americans had never heard of Carter when the campaign started, his strong showing in Iowa gave him a big boost in New Hampshire. The national press started to treat him seriously, and voters were then willing to give him a serious look.

The caucus has continued to demonstrate its potential to provide the much-vaunted momentum early on. In 2008, Illinois Sen. Barack Obama used his victory to undercut the inevitability of Sen. Hillary Clinton on his path to winning the nomination.

And Carter and Obama aren't unique. Among Democrats, seven party nominees have won in Iowa since 1976. Meanwhile, candidates who have ignored Iowa, such as former New York Mayor Rudy Giuliani in 2008, have sometimes suffered the consequences.

But does Iowa really matter as much as it used to? And can it provide the same kind of momentum that some underdog candidates have experienced?

The answer: probably not .

And the truth is Iowa has never been the kingmaker it is believed to be. Presidents Donald Trump, Bill Clinton, George H.W. Bush and Ronald Reagan won the presidency despite losing in Iowa.

The massive news media industrial complex has also been changing the importance of Iowa. Since the time that Carter won the state, the structure of the media has been altered dramatically. The era of three dominant television networks (ABC, CBS and NBC) and major metro newspapers has been replaced by 24-hour cable news, ongoing and instantaneous social media and a world of online journalism that is constantly updated and refreshed.

With a massive infrastructure of news media covering stories and producing shows about the campaign, there will be many more opportunities than there were in 1976 for candidates to discover breakout moments. Twitter, Instagram, Snapchat, Facebook and other forms of social media also provide ongoing windows to build momentum at any given moment (or for candidates to suddenly implode).

In short, Iowa has lost its monopoly. We have seen elements of this new dynamic with the town halls the cable networks have been airing. Take Buttigieg, who after participating in CNN and Fox News town halls and doing multiple television interviews, was able to take his candidacy from relative obscurity to political significance.

And, in 2020, the potential momentum for an underdog from Iowa could potentially be checked by the pervasive and powerful sentiment that seems to be running through much of the Democratic electorate -- their first preference as candidate is the person who has the best chance to defeat Trump. A come-from-behind underdog in the Iowa caucus still might not be as "electable" as Biden in the general election.

But a more immediate threat to Iowa's role comes from California, which has moved up its primary to March 3 -- Super Tuesday -- with early voting starting on February 3, the same day of the Iowa caucus. Unlike Iowa, California looms large in the Democratic convention with more than 400 Democratic delegates. Given the dates and percentage of delegate differentials, it might be more interesting for candidates to shift their resources to the delegate-rich state for a bigger bounce. And to complicate matters further, Texas, with its 262 delegates, has also moved its primary to Super Tuesday.

So, while the data out of Iowa is important, and a poor showing by Biden or extremely strong showing by one of the second-tier candidates could change the dynamics in the race, voters should remember that the times have changed dramatically since 1976 -- and it isn't clear that we are living in Carter's world anymore.

Hi: 59° Lo: 46°
Feels Like: 40°
More Weather
Temperatures will start to warm back up on Saturday with highs reaching back into the 50's. Another big warm up is headed our way as we go into Sunday and the first part of next week.