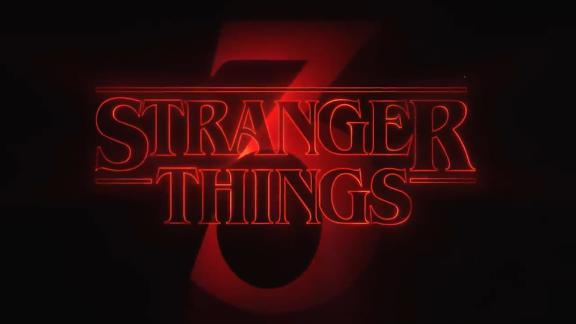 It's summertime in Hawkins, Indiana, and "Stranger Things" is back for a third season on July 4.

"Stranger Things" will gain its independence from the Upside Down when the third season debuts July 4.

There are only a few plot points that aren't under strict embargo by Netflix that we can share about the new season: namely, that it's set in summer 1985 (so a few months after the events of Season 2, which wrapped in October 2017) and that a good deal of action centers around the mall that has just opened in the small town of Hawkins, Indiana. Also, as it's bound to happen when a teen-aged friend group becomes gender inclusive, romance and pheromones are high.

But not much of this matters if no one remembers how things left off last season. Eggo (we mean ergo), here's a refresher.

Setting up the Upside Down

The catalyst for Season 1 involved a boy named Will Byers (Noah Schnapp), whom everyone in this small Indiana town assumed suddenly went missing one night -- causing much understandable panic and worry for his mother, Joyce (Winona Ryder), older brother Jonathan (Charlie Heaton) and his three friends. As much as a government cover-up tried to gaslight the town with a story of drowning, Will was really pulled into an alternate reality known as the Upside Down. His abductor was a monster that will eventually be known as The Demogorgon who broke free when a portal to this universe is opened. The portal, or Gate, is conveniently located in the subsystem of the nearby Hawkins National Laboratory.

The rift happened because of Eleven (Millie Bobbie Brown), a child with telekinetic and telepathic powers who has spent the majority of her life working as a human science experiment. She communicates with the monster during a lab experiment. Eleven spends most of the first season on the lam, befriending Will's buddies Dustin (Gaten Matarazzo), Lucas (Caleb McLaughlin) and especially Mike (Finn Wolfhard). She also takes a liking to frozen waffles and, eventually by the start of Season 2, Hawkins Chief of Police Jim Hopper (David Harbour).

Everyone thinks the town is safe again by the end of Season 1, when Eleven defeats The Demogorgon and Will has since been set free. But things are much worse in Season 2, which picks up a year after that finale. We learn that Will is possessed by the much scarier The Mind Flayer when he still has visions of the Upside Down. While under the monster's control, Will leads agents to the Hawkins Lab and they are caught in an ambush. Although there were causalities -- RIP, Joyce's wonderful boyfriend Bob (Sean Astin) -- Eleven manages to use her powers to seal The Mind Flayer back behind the Gate and we all breathed a sigh of relief that the town was safe again... Or was it?

Mike isn't the only member of his family invested in the destruction of these monsters. His pretty, popular big sister, Nancy (Natalia Dyer) has been doing her own research after she lost her friend Barb (Shannon Purser) to The Demogorgon's clutches in Season 1. She's also teamed up with an unlikely ally as far as the rules of high school are concerned: Will's social outcast of a brother, Jonathan.

Because this show loves to dismantle the tropes of '80s TV and movies almost as much as it loves to reference them, Nancy parted with the jock with the great hair (Joe Keery's Steve) and starts dating Jonathan. Again fighting the trope that popular kids don't hang out with nerds, Steve finds an unlikely new best friend in Dustin and teaches him the importance of a proper beauty regime. He, along with his fancy nail-studded bat, also joined the quest to rid the town of evil.

Season 2 also introduced the skateboarding tomboy Max (Sadie Sink) and the conceited Kiefer Sutherland wanna-be Billy (Dacre Montgomery): step-siblings who are new to the town and whose stories evolve this season. It also ended on a sweet note, with Paul Reiser's Dr. Owens offering Harbour's Hopper a forged birth certificate to use as "proof" that Eleven is his daughter.

The third season of "Stranger Things" continues to elevate its recreation of Reagan-era nostalgia of a community where everyone went to high school with everyone else -- with plot points that can make you say out loud, "if only they had cell phones."

"The Princess Bride's" Cary Elwes is the token '80s guy this year, playing a mayor with alternative motives. "Starship Troopers'" Jake Busey also joins the cast as a small-town newspaper editor who is clueless as to how much his industry is about to change.

And, in what may be one of the show's brilliant side-eyes to star Ryder's past work, Maya Hawke -- daughter of her "Reality Bites" co-star Ethan Hawke -- joins this season as Robin, a bored teen too smart to be working behind an ice cream counter with Kerry's Steve.

Hi: 42° Lo: 20°
Feels Like: 17°
More Weather
Temperatures today were above normal across northeast Kansas and northwest Missouri. A south wind pushed temperatures into the mid to upper 50s.