Everyone thinks Halle Berry has been cast as 'The Little Mermaid' 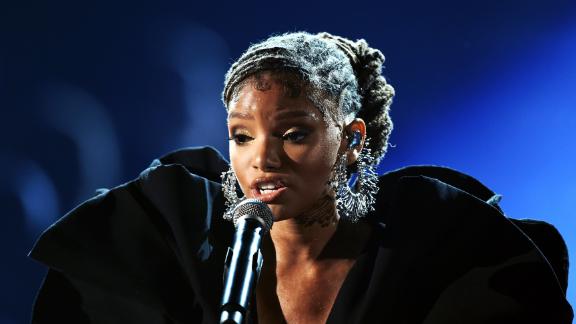 The singer Halle Bailey, who is one half of the musical duo, "Chloe X Halle," has been cast as Ariel in Disney's upcoming live-action movie of "The Little Mermaid."

When news broke that Halle Bailey had been cast as Ariel in the upcoming live-action version of Disney's "The Little Mermaid," the internet grew confused.

With quick glance at the name, and her stunning face, it appeared it was Halle Berry who had been cast in the role.

Despite the mix up, Bailey's fellow Halle couldn't be prouder.

"In case you needed a reminder... Halles get it DONE. Congratulations @chloexhalle on this amazing opportunity, we can't wait to see what you do!" the 52-year-old Oscar winner tweeted.

A few hours after Berry's tweet, Bailey replied, "this means the world. happy to share names with you ... love you lots."

Bailey, 19, forms half the R&B duo Chloe x Halle. It will be exciting to see her take on Ariel, who trades in her beautiful singing voice for human legs.

Bailey tweeted that landing the role is "a dream come true."

Rob Marshall is set to direct, and Melissa McCarthy, Jacob Tremblay and Awkwafina are in talks to star. The film is produced by John DeLuca, Marc Platt and Lin-Manuel Miranda.

"After an extensive search, it was abundantly clear that Halle possesses that rare combination of spirit, heart, youth, innocence and substance -- plus a glorious singing voice -- all intrinsic qualities necessary to play this iconic role," said Marshall in a statement announcing the news on Wednesday.

Hi: 34° Lo: 22°
Feels Like: 24°
More Weather
The good news is our temperatures will be on the rise through the week. Sundays highs will be in the middle to upper 40s and Monday is expected to be even warmer. There is a slight risk for some evening rain showers Tuesday. By midweek highs will be pushing the 50s. By the end of the week we could be seeing highs in the 60s.