'Always want to learn:' Daniel Deusser on the secrets of his success 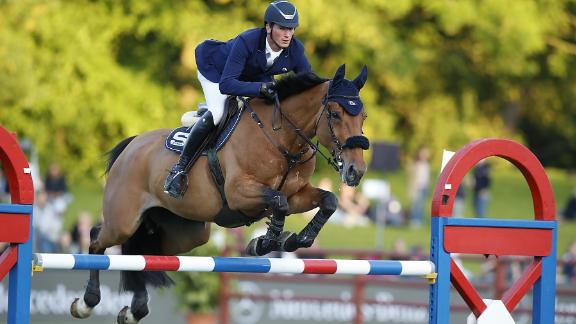 2019 LGCT Hamburg Grand Prix winner Daniel Deusser is having a season to remember on the tour. What are the secrets to his success?

The 37-year-old German won the Hamburg Grand Prix to book his place in the year-ending Prague Playoffs and is riding high in the standings.

But what are the secrets of his success?

READ: "It's about mutual give and take: "Jessica Springsteen's secrets of success

READ: "Listen to your horse, feel what they're doing:" Pieter Devos' secrets of success

Deusser has ridden Calisto Blue for much of the season and his success depends very much on that relationship.

Like many other riders, the German says building a rapport with your horse takes years to perfect.

"It's a very long term project. It never ends. The animals always learn and we can learn from them," he told CNN Sport's EQ equestrian show, saying his main challenge is trying to slow his ride down.

"He is very motivated, he knows what to do in the ring but sometimes wants to do it faster than I want to do it."

Once you have that relationship in place, managing and maintaining it becomes even more crucial, he says.

To do so, Deusser allows his horses to break away from competing and takes them to environments different to the show ring.

Such diversity allows both horse and rider to continually develop.

Watch the video at the top to see Daniel Deusser reveal the secrets of his success.