'The horse has to trust you:' Edwina Tops-Alexander's secrets of success 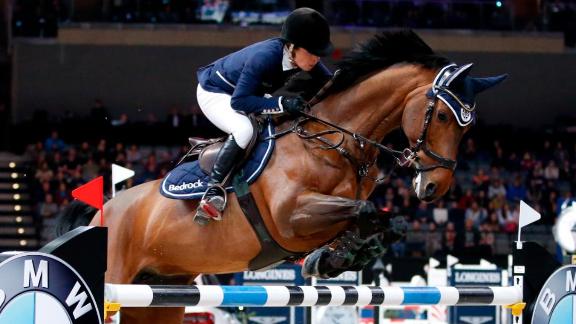 Two-time Longines Global Champions Tour champion Edwina Tops-Alexander is at the pinnacle of the sport and reveals the secrets to her success to CNNEQ.

The Australian has won more than $4.4 million competing in the prestigious LGCT and also became the first winner of the Super Grand Prix in Prague last year.

Along with her horse California, the 45-year-old Tops-Alexander is always in contention at every stop of the tour.

So what are the secrets of her success?

READ: Jennifer Gates -- 'Lifetime learner' on juggling her love of horses with academia

READ: "Listen to your horse, feel what they're doing" -- Pieter Devos' secrets of success

No matter how much experience she has, Tops-Alexander knows her success relies on the relationship she forms with her horse.

Developing that bond takes time and the two-time Miami champion enjoys putting in the hours, spending time with her mount around the stables.

"The horse has to trust you and to keep the naturalness of the horse is the most important thing," she told CNN Sport's EQ equestrian show.

"When you have that feeling with the horse and when everything goes right and when you win, everything seems so easy."

'It doesn't always go to plan'

Once she has found the winning combination, it's all about maintaining and perfecting it.

Ideally, Tops-Alexander likes to get to a place where she has a subconscious understanding with her horse -- as she does with California.

"I don't really realize a lot of the time what I'm actually doing. It just seems to work. We are a combination together," she added.

"It doesn't always go to plan but she understands me and we are on the same page."

Watch the video at the top to see Edwina Tops-Alexander reveal the secrets of her success.

Hi: 38° Lo: 23°
Feels Like: 31°
More Weather
Highs will be in the mid to upper 40s on Thursday but the clouds will increase Thursday night. Conditions dry out for the rest of the week and temperatures will gradually climb back into the 50s and 60s by the weekend.

CDC official warns Americans it's not a question of if coronavirus will spread, but when