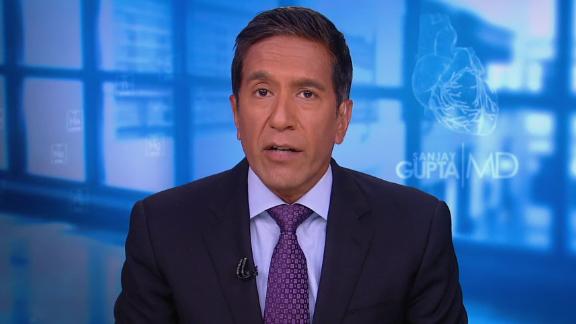 Minnesota health officials have identified four cases of severe lung injury that could be connected to vaping, similar to what could be dozens more cases in nearby Wisconsin and Illinois.

The Minnesota Department of Health said it's unclear whether these cases are somehow connected. While officials said they don't yet know the exact products used, both nicotine and marijuana products have been reported.

"There are still many unanswered questions, but the health harms emerging from the current epidemic of youth vaping in Minnesota continue to increase," the department's medical director and state epidemiologist, Dr. Ruth Lynfield, said in a statement Tuesday. "We are encouraging providers and parents to be on the look-out for vaping as a cause for unexplained breathing problems and lung injury and disease."

The announcement said some were hospitalized for "multiple weeks, with some patients being admitted to the intensive care unit." They came in with symptoms including shortness of breath, fever, cough, vomiting, diarrhea, headache, dizziness and chest pain.

Dr. Emily Chapman, chief medical officer at Children's Minnesota, which reported the four cases, said in a statement that such cases are tricky to diagnose because they can start off looking like a common infection before leading to more serious complications.

Cases in Wisconsin and Illinois

As of August 8, there are 12 confirmed cases and 13 more under investigation in the state. These latest numbers now include "older age groups," whereas previously they had only received reports of teens and young adults.

"All patients reported vaping prior to their hospitalization, but we don't know all the products they used at this time," Andrea Palm, the state's Department of Health Services secretary-designee, said in a statement last week. "The products used could include a number of substances, including nicotine, THC, synthetic cannabinoids, or a combination of these."

Health experts have pointed to a variety substances in e-liquids they worry may harm cells or contain "dangerous chemicals," but the full extent of e-cigarettes' short- and long-term risks are yet unclear. A number of counterfeit and adulterated products have also hit the market, which may have other additives or ingredients. It is unclear whether that plays a role across these cases.

And in Illinois, six young people have been hospitalized for severe breathing problems after vaping, and five more are being investigated as of August 9, according to a statement issued last week by the Illinois Department of Public Health.

The department said it's working with local health departments, other states, the US Centers for Disease Control and Prevention, and the US Food and Drug Administration to look into which vaping products were used and where they were obtained.

"Without this information, we have been unable to conclusively determine which chemicals the individuals may have been exposed to," the department said.

Thomas Haupt, a respiratory disease epidemiologist with Wisconsin's Department of Health Services, told CNN earlier this month that the cases in his state were young people who were "otherwise normally healthy, and they were coming in with severe respiratory illnesses, and in some cases, they actually had to go to the intensive care unit and were placed on ventilators."

The lung disease initially looked like it was caused by an infection, "but every test has come back completely negative," Haupt said.

Dr. Ngozi Ezike, director of the Illinois Department of Public Health, previously told CNN that her team has many unanswered questions but has "talked to people from Wisconsin" and is gathering data and running tests. A number of cases occurred in people with "no known lung problems or previously diagnosed pulmonary issues," Ezike said.

Hi: 11° Lo: -1°
Feels Like: -1°
More Weather
Cold Temperatures continue through the day Sunday. We will see mostly sunny skies with highs in the upper 10s to lower 20s. While the sun will be out for the game tomorrow, we have some northerly winds gusting between 20 to 25mph making it feel much colder. Wind chills will only be brushing 0 by kickoff. If you are headed to arrowhead tomorrow, make sure you bundle up. Temperatures will hold in the 20s and 30s through the first half of the week and we will see some chances for rain and warmer weather after midweek.