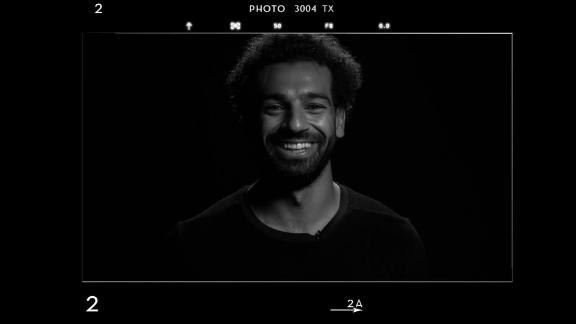 Egyptian footballer, Mohamed Salah joins Becky Anderson for an exclusive interview about women's rights in the Middle East and the Amr Warda controversy.

Liverpool star Mohamed Salah says his teammate on the Egyptian national football team Amr Warda requires "treatment or rehabilitation" after the player was alleged to have sexually harassed a woman on social media.

Warda, who was originally dropped from the Egypt squad for the Africa Cup of Nations in June following the alleged harassment, was reinstated two days later after pressure from the players on the coaches and Egyptian Football Association, Ahmed Shobair, former deputy chairman of the EFA, told CNN.

Warda is alleged to have sent inappropriate messages on Instagram to Merhan Keller, an Egyptian Dubai-based model, who told CNN in a telephone interview that the player became aggressive towards her after she refused to answer him.

When asked by CNN about the allegations against his client, Warda's agent refused to comment on anything to do with the player.

After speaking out about the experience, Keller says she was victim of a social media backlash where she received a number of abusive messages and was unable to leave her home for fear of her safety.

"I got a lot of threats, I had people putting stuff in front of my house," Keller told CNN. "I had to call the police, I had the Dubai police car down the side of my building 24-hours a day for an entire week because they wanted to make sure I was safe. They advised me not to go to work."

Warda apologized for his actions in a video posted on Twitter but Keller told CNN she has yet to receive an apology from the player.

Salah, who rejects the suggestion that he was responsible for Warda being brought back into the squad, says the forward, "has to get treatment or rehabilitation just to make sure that it's not going to happen again."

In the aftermath of the incident, Salah tweeted: "Women must be treated with the utmost respect. 'No,' means 'no.' Those things are and must remain sacred.

"I also believe that many who make mistakes can change for the better and shouldn't be sent straight to the guillotine, which is the easiest way out. We need to believe in second chances ... We need to guide and educate. Shunning is not the answer."

READ: Salah is 'happy at Liverpool'; less so with the Egyptian FA

'The problem is running deep'

Salah, who had previously spoken out about the need for women to be treated better within the Middle East during an interview with Time Magazine published in April, was accused of hypocrisy after his tweets.

But speaking to CNN's Becky Anderson in an exclusive interview at Liverpool's Melwood training ground on August 10, the Egyptian said, "people misunderstand what I'm saying."

"My position's still the same," added Salah, who was named one of Time Magazine's 100 most influential people in the world and one of six cover stars on the front of the publication.

"As I told you, the people misunderstand what I'm saying. But in the meantime, what I'm talking about, the woman has to get her right in the Middle East.

"And the second thing, my opinion is the woman has a right to talk about anything she doesn't like. I'm talking about myself, I want when my daughter has a problem, she has to feel like support from me to come to talk to me about the problem. The most important thing is the fear.

"The woman, the wife, fear from her husband, from her father, which that's the main point, I think. The fear is not healthy for anyone ... We have to fix that."

READ: 'Mohamed Salah? He's like the Sphinx and the Pyramids'

Salah says his own views and attitudes have changed since he left Egypt as a teenager, adding his perspective has grown and developed over the past decade.

"I think, yeah, changed a lot," Salah said of his views on women. "Changing from the person, which I'm talking about it like the family scared from him or the wife or the daughter, whatever, to the person who's talking now.

"Like he's fighting against the subject because he sees that is wrong ... Before I didn't have my daughter.

"I think probably I start to change nine years ago, 10 years ago, you know whatever. But that person now is fighting against the subject, because I can see that it's very wrong."

Hi: 11° Lo: 0°
Feels Like: -1°
More Weather
Cold Temperatures continue through the day Sunday. We will see mostly sunny skies with highs in the upper 10s to lower 20s. While the sun will be out for the game tomorrow, we have some northerly winds gusting between 20 to 25mph making it feel much colder. Wind chills will only be brushing 0 by kickoff. If you are headed to arrowhead tomorrow, make sure you bundle up. Temperatures will hold in the 20s and 30s through the first half of the week and we will see some chances for rain and warmer weather after midweek.