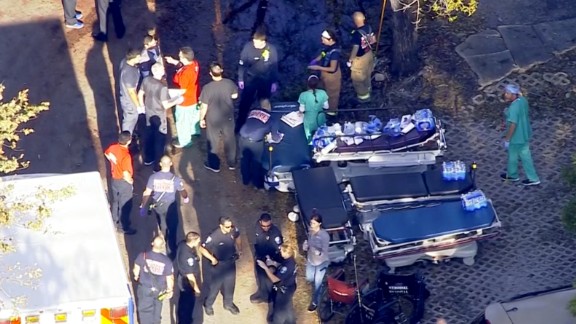 Four people are expected to turn themselves in over the deaths of 12 Florida nursing home residents who died of heat exposure following Hurricane Irma.

Four people will be charged in the deaths of 12 Florida nursing home residents who died after being exposed to extreme heat following Hurricane Irma in 2017, The New York Times reported Sunday.

Arrest warrants are expected to be issued for Jorge Carballo, the nursing home administrator, a charge (supervisory) nurse and two other nurses who worked at Rehabilitation Center at Hollywood Hills in Hollywood, Florida, according to the newspaper. The Hollywood Police Department will announce charges stemming from its criminal investigation on Tuesday, according to a news release.

Manslaughter is expected to be among the charges filed against each of the defendants, lawyers representing Carballo and the three nurses told the Times.

The charges are the result of an investigation that began in 2017 into the deaths of 12 residents who ranged in age from 71 to 99 years old.

Hurricane Irma was a Category 3 storm when it made landfall on Marco Island, Florida, on Sunday, September 10, 2017. As the hurricane swept north and east, a falling tree knocked out the transformer powering the air conditioning system in the nursing home in Hollywood, between Fort Lauderdale and Miami.

Elderly residents of the home suffered in the heat for days.

Officials first learned that the patients had experienced hazardous heat conditions on Wednesday, but by then eight residents had been confirmed dead. Three more residents died the following week, and a 57-year-old woman died one week after that.

CNN spoke with the attorney for one employee who was told Thursday that charges could include manslaughter. As of Saturday, Attorney Lawrence Hashish had not seen the warrant, he told CNN.

His client and three others were all told to turn themselves in by Monday, Hashish said.

His client, who was working as a temp at Rehabilitation Center, was filling in for one day on the night shift during the aftermath of Hurricane Irma, Hashish said. He added that he does not believe his client should be blamed for the deaths.

David Frankel, a lawyer for the charge nurse, believes his client will be charged with 12 counts of manslaughter, he told the Times.

The measures mandate that nursing homes and assisted-living facilities have supplies, power and resources, including a generator and adequate fuel, to sustain operations and maintain a comfortable temperature for at least 96 hours after a power outage.

Hi: 36° Lo: 11°
Feels Like: 12°
More Weather
Wednesday afternoon another cold front will be making its way towards us and could bring us a few areas of light snow. Colder temperatures will last with highs in the lower 30s through Thursday.