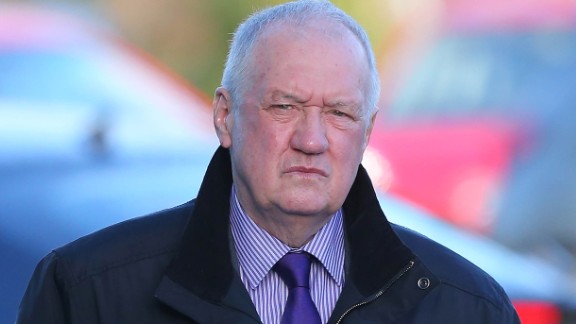 Former police superintendent David Duckenfield has been found not guilty of gross negligence manslaughter in the deaths of 95 Liverpool supporters in the 1989 Hillsborough stadium disaster.

Former police superintendent David Duckenfield has been found not guilty of gross negligence manslaughter in the deaths of 95 Liverpool supporters in the 1989 Hillsborough stadium disaster.

Duckenfield, now 75, was the match commander when a crush at the FA Cup semifinal tie between Liverpool and Nottingham Forest led to the deaths of 96 Liverpool fans.

After hearing more than six weeks of evidence, the jury of seven women and three men returned the not guilty verdict after nearly 14 hours of deliberation at Preston Crown Court.

This was the second time Duckenfield has faced trial over the disaster. A jury was unable to reach a verdict earlier in 2019.

Louise Brookes, who lost her brother, said she felt "very let down."

Duckenfield, who was a chief superintendent with South Yorkshire Police in April 1989, was not charged in the death of the 96th supporter, Tony Bland, who passed away in 1993.

That is because laws at the time prevented prosecution over a death more than 366 days after injuries were sustained.

Duckenfield's solicitor Ian Lewis said in a statement after the verdict Thursday: "David is, of course, relieved that the jury has found him not guilty, however his thoughts and sympathies remain with the families of those who lost their loved ones. He understands the public interest in this case, but would ask that his privacy and that of his family is respected, and will not be commenting further."

At a press conference at the Cunard Building in Liverpool, Margaret Aspinall, chairman of the Hillsborough Family Support Group, said: "I blame a system that's so morally wrong within this country, that's a disgrace to this nation.

"When 96 people, they say 95, we say 96, are unlawfully killed and yet not one person is accountable. The question I'd like to ask all of you and people within the system is who put 96 people in their graves, who is accountable?"

The mayor of Liverpool Joe Anderson said of the bereaved families, "the whole city shares their pain."

During the first trial, the jury found Graham Mackrell, former secretary of Sheffield Wednesday Football Club, guilty on a separate charge of breaching his safety duty.

Mackrell, who was a safety officer for the club's Hillsborough ground at the time of the disaster, was fined £6,500 (about $8,300).

In a statement Thursday, Sue Hemming, of the Crown Prosecution Service, said: "The disaster at Hillsborough 30 years ago has caused unimaginable suffering to the families of those who sadly lost their lives and to everybody affected by the tragic events of that day.

"They were let down with the most catastrophic consequences imaginable. I know how important these proceedings have been to everyone, even though they came far too late."

Hemming said the case had proved "complex and harrowing," adding she recognized the families would be disappointed with the verdict.

"We are acutely aware of how disappointing the verdict is for families who have waited anxiously for today, however we respect the decision of the jury," she said.

"We have remained in regular contact with families throughout the trial and, as we have done at all key stages of these investigations, we will meet with them again to answer any questions they may have.