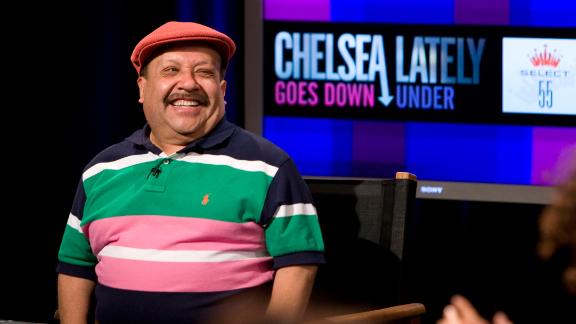 Chuy Bravo was best known as Chelsea Handler's sidekick on her TV show "Chelsea Lately." A representative said "Bravo's family is devastated as they cope with his sudden loss."

"Bravo's family is devastated as they cope with his sudden loss. They are overwhelmed with the thoughts and prayers they have received and send their appreciation," Veronica Buenrostro said in a statement.

Bravo, who has born Jesus Melgoza, was rushed the emergency room of the Centro Medico Dalinde in Mexico City on Saturday afternoon with a gastrointestinal hemorrhage, the statement said. Bravo suffered an acute myocardial infarction after complications, which caused his death.

His funeral took place Sunday and he will be cremated, the statement said. A memorial service will also take place in Los Angeles.

Handler paid tribute to Bravo on her Instagram page Sunday.

"I loved this nugget in a big way, and I took great pleasure in how many people loved him as much as I did and do. @chuybravo gave us so much laughter and I'll never forget the sound of his laughter coming from his office into mine," Handler said.

On Monday, she posted a clip from her show, which aired on the E! network, saying it was "a reminder of why he was so loveable."

Hi: 92° Lo: 69°
Feels Like: 66°
More Weather
A very warm and windy day across northwest Missouri and northeast Kansas on Wednesday. Afternoon highs in the region reached into the mid-80s to low 90s.