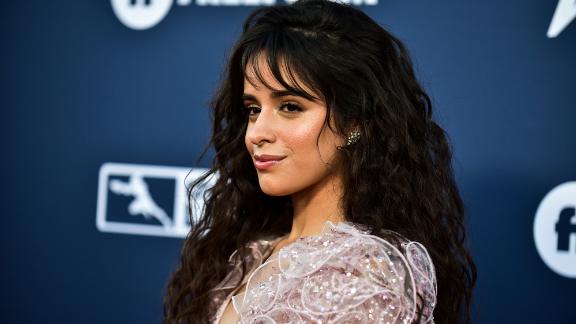 Popstar Camila Cabello has apologized for previously using "horrible and hurtful language" after racist social media posts she allegedly made as a teenager resurfaced online.

Popstar Camila Cabello has apologized for previously using "horrible and hurtful language" after racist social media posts she allegedly made as a teenager resurfaced online.

The "Señorita" singer said in a post on Twitter Wednesday that she was "deeply ashamed" of her past behavior, adding that she was "uneducated and ignorant."

"When I was younger, I used language that I'm deeply ashamed of and will regret forever," she told her 10.3 million followers.

"I was uneducated and ignorant and once I became aware of the history and the weight and the true meaning behind this horrible and hurtful language, I was deeply embarrassed I ever used it.

The 22-year-old star, who found fame with girl group Fifth Harmony in 2012 before going solo in 2016, has been accused of using racist remarks in now-deleted Tumblr posts.

In her apology, Cabello said she had matured in recent years and now regrets not knowing the impact her comments made.

"I'm an adult and I've grown and learned and am conscious and aware of the history and the pain it carries in a way I wasn't before," she said.

"Those mistakes don't represent the person I am or a person I've ever been.

"I only stand and have ever stood for love and inclusivity, and my heart has never, even then, had any ounce of hate or divisiveness."

The Grammy-nominated songstress concluded the lengthy apology by vowing to continue to use her social media as a platform to "speak out about injustice and inequality."

"I can't say enough how deeply sorry and ashamed I feel, and I apologize again from the bottom of my heart."

Cabello's posts come after a Twitter thread appeared to show comments made by her in Tumblr posts which have since been deleted.