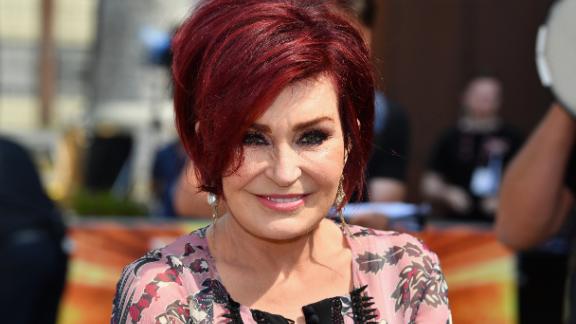 From "The Osbournes" to "The Talk," we take a look at the career of the TV personality and wife of rock star Ozzy, Sharon Osbourne.

Sharon Osbourne has a shocking confession.

The co-host of CBS' "The Talk" appeared on the BBC hit show "Would I Lie To You?" Christmas special and made a wicked claim.

The panel show features celebrity guests who tell some true and some not-so-true tales to the fellow guests, who have to decide whether the guest is telling the truth.

In this case, Osbourne claims it's all true.

Osbourne says that during a house fire that started after she and her husband, Ozzy Osbourne, accidentally left a candle burning, she forced a former assistant to go back into the blaze to recover precious artwork.

She also said that once the paramedics arrived, she proceeded to rip the staffer's oxygen mask off his face and give it to her dog instead.

But despite taking on the daring task of entering the burning home, the former assistant was fired, she said on the BBC broadcast.

Why? Because the staffer didn't laugh about the incident.

"I once sacked a member of my staff because he showed absolutely no sense of humor during a house fire ... I said, 'If you don't think that's funny, do you think this is funny? You're fired.'"