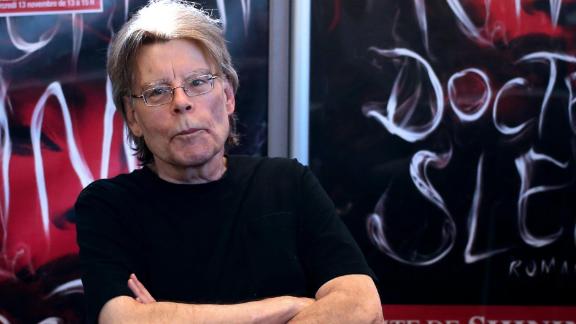 Horror author Stephen King is being criticized for tweeting that diversity was not a consideration in his votes for the 2020 Academy Award nominations.

On Friday, mega-bestselling author Stephen King tweeted, "I'm quitting Facebook. Not comfortable with the flood of false information that's allowed in its political advertising, nor am I confident in its ability to protect its users' privacy."

King is completely right to feel this way, of course. But, in quitting Facebook, he exercised a privilege that is not available to many authors — especially women and people of color — to abandon a central space for literary networking and promotion. Though his tweet acknowledged his lack of confidence in Facebook's ability to "protect its users' privacy," he missed an important opportunity to call out the social network more explicitly for another huge problem plaguing less-advantaged writers and others: being a breeding ground for hate.

First let's look at the political side of his tweet.

King is correct to be concerned about Facebook's disturbing policies regarding political advertising and privacy. By not fact-checking political ads, Facebook is essentially allowing politicians to lie on its platform. Last month, at the World Economic Forum in Davos, Switzerland, billionaire George Soros accused Facebook of conspiring to re-elect President Trump.

"I think there is a kind of informal mutual assistance operation or agreement developing between Trump and Facebook," he said. "Facebook will work together to reelect Trump, and Trump will work to protect Facebook so that this situation cannot be changed, and it makes me very concerned about the outcome for 2020."

A Facebook spokesman responded that Soros was "just plain wrong." Facebook has said that the company will not ban political advertising or institute fact-checking measures for it because they don't think such decisions should be made by private companies. A spokesman said Facebook is "arguing for regulation that would apply across the industry" but "in the absence of regulation, Facebook and other companies are left to design their own policies."

But even if Soros' far-fetched assertion is wrong, Facebook's decision to allow politicians to claim whatever they want on its platform serves in practice to help Trump, who has built a political career on making false claims. According to The Washington Post, as of January 19, Trump has made 16,241 false or misleading claims in 1,095 days.

King has been clear that he doesn't support Trump and King is right that Facebook's privacy record is very disturbing. As I've noted before for CNN Opinion, Facebook's chief executive, Mark Zuckerberg, appears to have not been truthful when he testified before Congress about his company's privacy protections in 2018. According to the New York Times, he told members of Congress that the company doesn't sell data, when in reality more than 150 companies accessed private user data. According to the Times, Facebook said partnerships with these companies didn't violate its privacy terms.

Facebook also kept silent for years after it learned that Cambridge Analytica — a now-defunct political consulting firm hired by President Trump's 2016 presidential campaign — improperly accessed data on millions of Americans. Just last week, the company agreed to pay $550 million to settle a claim that it violated a privacy law in Illinois by using software to identify people and suggest that they be tagged in photos without getting permission to do so from users, or telling users how long their data would be kept. (The company denied wrongdoing).

But there is something else besides politics to consider in King's tweet — something important and unsaid. King's decision to leave the platform is a choice many writers don't feel they can afford to make. As PEN America has noted, "women, people of color, and the LGBTQ community ... struggle to find footing in a historically white-male-dominated literary world." Such writers are left with little choice but to stay on Facebook and other social media platforms to try to network and promote themselves. They, like all users, have the ability to report abuse to Facebook, but there is no guarantee those reports will net a positive outcome.

For more marginalized authors, quitting the world's largest social network simply isn't a good option. While it's possible that King's tweet — which has garnered significant attention, with more than 27,000 retweets and more than 256,000 likes (and growing) — will put pressure on Facebook to make changes that will better serve the rest of us, it is telling that he demonstrated no awareness that his act of protest was one largely unavailable to the less privileged members of his industry.

PEN America also noted that women, people of color and members of the LGBTQ community suffer disproportionately from online harassment. Research shows that men are more likely than women to be trolls, and a 2016 study by The Guardian found that articles authored by women, for example, attract more abuse.

As a woman who has frequently written opinion commentary for CNN and Bloomberg, I know this firsthand. Most of the hateful comments I receive on Facebook and elsewhere come from people who identify themselves with traditionally male names — and often contain blatant sexism and misogyny. Since the victims of such bullies are the very people who would find it harder to leave social media platforms because they most need social media to promote their work, it's unfortunate that King didn't use his position of advantage to note the challenges they face.

This episode is particularly noteworthy because King last week tweeted "We don't threaten writers with violence. Not in America" after the publisher for Jeanine Cummins, author of the hugely controversial new novel "American Dirt," canceled her book tour due to threats. While we can't know exactly what he was thinking or meant without more context — he may well have meant it as reproach to Cummins' antagonists — King could have tweeted in no uncertain terms, of course, that it's wrong to threaten writers in America. And the fact is for many female writers, including myself, taking abuse is a normal part of our jobs. I was therefore blown away by the possibility that, given the way he worded his tweet and the many tweets sent in response (detailing how common terrifying threats are), a number of writers believed King might not be aware of this.

Although King has made important points about two serious problems with Facebook, it's disappointing that a man who has been called the "King of Horror" didn't use his platform to drawn attention to the horrific abuse heaped on women and other marginalized writers in this country every day on social media from people not unlike the characters in his own novels. And many female writers and people of color who disproportionately suffer from this abuse — on top of experiencing the other problems with Facebook that King complained about — simply don't have the choice to quit Facebook. End of story.