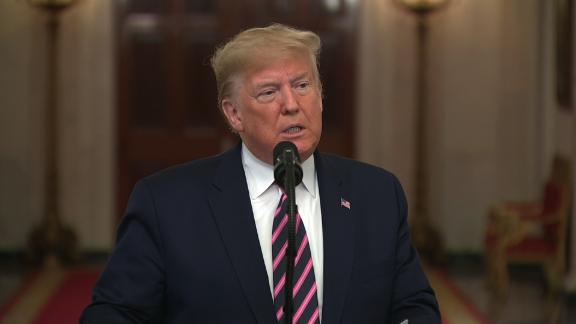 The tip-off was the fake, breathy voice -- call it Mister Rogers-on the-dark side -- that the President uses whenever he is enraged but wants us to think he's calm. He smiles and leans forward, and then spews venom in a treacly tone. Although he called it a "celebration" of his acquittal in the Senate impeachment trial, Trump's hourlong ramble in the White House on Thursday sounded more like a recriminating diatribe.

President Donald Trump recapped the many investigations against him over the last three years and directed his vitriol at those who dared oppose him. They are "evil and sick people," said Trump.

Rep. "Adam Schiff is a vicious, horrible person," he said, and Speaker of the House "Nancy Pelosi is a horrible person." Mitt Romney "used religion as a crutch," Trump said, after Romney cited his Mormon faith in his decision to become the only senator in US history to vote to remove a president of his own party. Trump went on and called the investigations into Russian interference in the 2016 elections "bullsh**."

Even his decision to hold up the front page of the Washington Post, displaying the headline "Trump acquitted," struck a sour note, since it reminded the world that he is only the third US president to be impeached -- a process that has sown deep divisions in the country. Let's not forget -- the trial was rigged. His acquittal had been guaranteed by Senate Majority Leader Mitch McConnell before it even began. Boasting about it was akin to former North Korean dictator Kim Jong Il bragging about the 11 holes-in-one he scored in a round of golf.

Like Kim, Trump is not like most people. We would expect any other president in his circumstance to express relief and perhaps a little happiness before promising to heal the nation's wounds.

Trump, true to his deviance, chose to babble on about his years-ago election victory, and to curse his opponents and critics. You would hardly know that he was the billionaire who occupied the highest office in the country and had just dodged a bullet the size of a bunker-buster.

Instead of taking even a small measure of responsibility for a crisis that kicked off after he tried to enlist foreign election help in exchange for congressionally approved military aid for an ally at war, Trump demonstrated the pure essence of his narcissism and self-pity. At the "celebration," he mostly played the victim as he complained "it was dirty cops, it was leaks and liars."

The disconnect between Trump's sicklysweet demeanor and his vile words made my skin crawl -- especially when he mocked two FBI agents, who he called "lovers," and then declared them lowlifes.

As he thanked his family, Trump couldn't help but make it also about himself. He summoned his daughter to the front of the room where she had no choice but to give her father a big demonstrative embrace. His wife came second and although Trump did offer an apology for what she has endured of late, he pointedly insisted it was not at all his fault.

In a display of dominance, Trump singled out two members of Congress whom he considered allies and asked Reps. Jim Jordan and Mark Meadows to speak up. The moment recalled the June 2017 Cabinet Room meeting where Trump asked that his top appointees offer him praise, one by one, and they did. This time, Rep. Mark Meadows accepted the toady role, standing up to say that people across the country support the President.

The emotional dissonance, the creepiness and the dominance all create a picture of a man who lacks the range of emotions the rest of us experience. Trump, who always appears to be putting on an act, doesn't seem to care that he hurts or humiliates others.

His joy seems to come not from winning, as he did in the Senate proceedings, but from bending others to his will. Perhaps he will find some happiness when he reads Sen. Sherrod Brown's piece in The New York Times, claiming that many of his GOP colleagues supported Trump out of fear.

Hi: 46° Lo: 31°
Feels Like: 41°
More Weather
Snow showers have left the area and we saw anywhere from 2-4 inches of snow. Surface temperatures for the most part remain above freezing so accumulations were mostly on elevated and grassy surfaces. Skies slowly cleared throughout the day with temperatures warming into the mid to upper 40s. Conditions look to dry out and slowly warm throughout the next few days. Rain chances will return mainly through the morning hours on Friday with temperatures back in the 60s. Temperatures will continue to warm through the weekend with highs back in the upper 60s and lower 70s. Temperatures will be close to 80s for the beginning of next week under mostly sunny skies.

Ken Reeder among three new SJSD board members sworn in

The St. Joseph Stockyards future uncertain after being sold

Director of Missouri Department of Health and Senior Services resigns 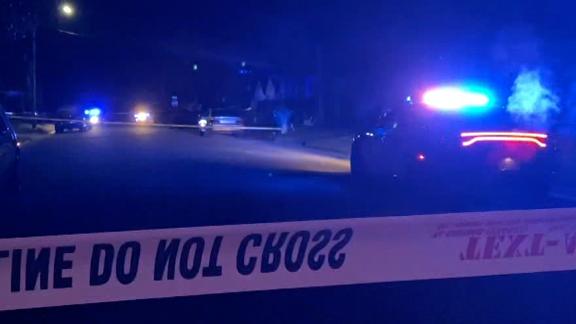