This nursing home has become the US epicenter of the coronavirus outbreak, but patients' family members say they're left in the dark 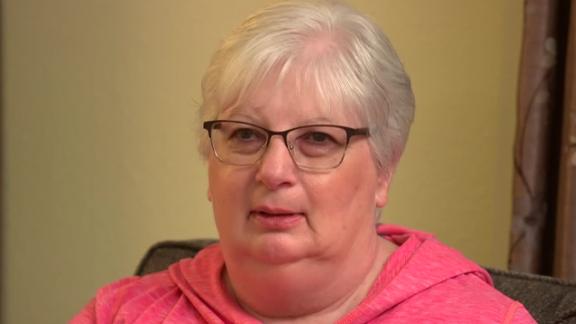 Debbie de los Angeles tells CNN's John Berman about her mother's death at Life Care Nursing Home in Kirkland, Washington. The nursing home is linked to a number of deaths from novel coronavirus in the Seattle area.

Relatives of residents at the Life Care Center are living with mounting "anger and fear and frustration" after the novel coronavirus was blamed for five deaths at the Washington state nursing home, a family member told CNN.

Pat Herrick's mother has lived at the facility in the Seattle suburbs for seven years. The center is now the epicenter of the coronavirus outbreak in the United States. Six deaths have been tied to the Kirkland facility, King County officials said, and friends and family of its 108 patients have been barred from visiting.

More than 50 residents and staff will be tested after experiencing symptoms, Dr. Jeffrey Duchin, health officer for Seattle and King County, has said. Wednesday, he told reporters that at some point all residents will be tested.

Across the country, at least 154 cases of novel coronavirus have been reported as of Wednesday.

And at least 10 deaths have been reported in Washington state alone.

At the Life Care Center, "Current residents and associates continue to be monitored closely, specifically for an elevated temperature, cough and/or shortness of breath," the nursing home said in a statement Monday.

Herrick praised the workers at the nursing home, but wonders whether they are getting the support they need. "They are flooded," she told CNN.

"This crisis right now, I think part of the concern is they don't have the resources... We're in unprecedented times."

Some family members of patients are on a private email chain to share their concerns, Herrick said. The facility also sends daily emails to the families, but the discussion among some families is why isn't the facility testing all patients.

"Why aren't they testing our families? That's the big one," she said. "And also, having been there with our families, are we at risk?"

Herrick has had a cold and a sore throat and decided against going to work Tuesday, she said.

The son of a nursing home resident tests positive

Kim Frey said she is worried about the health of her 89-year-old mother, who is immobile and lives at Life Care Center.

She says she believes her mother might be an asymptomatic carrier of the disease.

Before families were banned from visiting the nursing home over the weekend, Frey, her siblings and their father used to visit frequently.

Now Frey's brother has tested positive for coronavirus and is isolated at home. And Frey's father, who has dementia, is feeling sick.

Frey took her father to a hospital, where she believes he will be tested for coronavirus soon.

"He doesn't really know where he is or why he's there," Frey said. "He's just trying to cooperate."

As for herself, she said she thinks she already had coronavirus.

"Let's just say I'm immune," she said. "Then what? Am I OK to take a shower and re-enter the world? Everything is a decision."

Investigation at the center

An investigation into Life Care Center was launched after a resident and a health care worker tested positive for coronavirus, Duchin said. The US Centers for Disease Control and Prevention has sent 20 people to help out with the investigation, Washington Gov. Jay Inslee said.

"Unfortunately, we are now starting to find more cases in Washington state that appear to have been acquired locally, and we know the virus is spreading in some communities," said Dr. John Wiesman, the state's secretary of health.

It's not clear how the virus reached the center, but the first reported case of coronavirus in the United States was a man from nearby Snohomish County.

Duchin said he did not have a specific timetable for when all residents would be tested. All residents there are going through the same medical precautions whether they have a positive coronavirus test result or not, he said.

Officials at Life Care Center, which operates more than 200 facilities in 28 states, are monitoring residents and workers closely, Executive Director Ellie Basham said in a statement.

King County plans to buy a motel and put recovering patients in isolation there, the county said in a news release.

A federal disaster medical assistance team will be arriving in Kirkland on Thursday to help with staffing at Life Care Center.

Anyone who wants to be tested should be able to

Bonnie Holstad said she also wants to know why her husband isn't being tested, especially since Vice President Mike Pence said Tuesday that anyone who wants to be tested should be able.

But in her back and forth with the center, she told CNN, she is getting "excuses" that they can't test him until they get guidelines directly through official channels on what to do.

Sunday, Holstad was holding a sign outside the facility, asking for an update on her husband, a Parkinson's disease and dementia patient who she says has a cough. She said that no one at the facility was answering the phone.

CNN has reached out to Life Care Center about Holstad's husband but has not received a response.

Amir Medawar told CNN affiliate KIRO that even when a nurse at Evergreen hospital agreed that his mother should be transported immediately for testing, he had to argue with the staff to get his mother there.

"Here we're in ground zero, and I had to pull teeth to get her tested," Medawar said Tuesday.

His mother is still waiting for results at Evergreen Hospital, KIRO said.