US coronavirus cases top 1,000 as WHO declares a pandemic 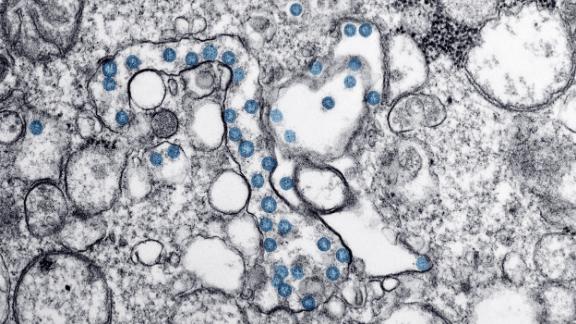 New York Times correspondent Dr. Sheri Fink details a report she co-authored that alleges a private lab in the Seattle area ran into federal and state administrative roadblocks as it tried to test for the coronavirus after the first cases were reported in the US.

For the first time in 11 years, the World Health Organization has declared a pandemic as a top US health official calls for "all hands on deck" to fight coronavirus.

A pandemic is defined as the "worldwide spread" of a new disease.

The US has more than 1,000 cases of novel coronavirus. And growing clusters of the disease are forcing many Americans to change their daily lives.

Large events have been postponed or canceled. Dozens of universities are temporarily shutting down campuses. A New York suburb now has a "containment zone." And more companies are urged to let their employees work from home.

"Keeping the workplace safe, keeping the home safe, keeping the school safe and keeping commercial establishments safe -- this should be universal for the country," said Dr. Anthony Fauci, director of the National Institute of Allergy and Infectious Diseases.

"We would like the country to realize that, as a nation, we can't be doing the kinds of things we were doing a few months ago," he said.

"It doesn't matter if you're in a state that has no cases or one case. You have to start taking seriously what you can do now. Everybody should say, 'All hands on deck. This is what we need to do.'"

Where the cases are now

More than 1,000 cases are spread across at least 41 states and the District of Columbia.

At least 33 people have died: 25 in Washington state, four in California, two in Florida, one in New Jersey and one in South Dakota.

But the number of confirmed cases is expected to rise significantly because there has been a major backlog in testing. So some people with coronavirus might not even know it.

"We have very little access to testing," Dr. Carlos Del Rio, a professor of medicine and global health at Emory University, said Wednesday.

"I think the lack of access to testing continues to be a barrier to taking care of patients efficiently and rapidly."

Vice President Mike Pence said Monday that another 4 million tests would be available by the end of the week. He said that's on top of at least 1 million tests already in place across the country.

But US Health and Human Services Secretary Alex Azar said his department didn't know how many people have been tested.

"We don't know exactly how many, because hundreds of thousands of our tests have gone out to private labs and hospitals that currently do not report" to the US Centers for Disease Control and Prevention, Azar said.

He said the government is now working with the CDC to create a reporting system to help "keep track of how many we're testing."

A delay in testing came after the CDC had to remake a part of the testing kits sent to states after some were deemed faulty.

It wasn't until this week that public health labs in all 50 states were able to test for the virus.

Del Rio said the testing difficulties are exacerbating the outbreak.

"There was a lot of failure. There's been a lot of mishap in the developing of tests by the CDC," he said. "Catching up will not be easy."

Wednesday, Washington Gov. Jay Inslee announced the ban of events with more than 250 people in King, Snohomish and Pierce counties.

In Washington state, where the most deaths have occurred, Dr. Helen Y. Chu and a team of scientists with the Seattle Flu Study hypothesized the virus was circulating for days before anyone realized it.

The team repurposed influenza tests to look for coronavirus instead, but without government approval, The New York Times reported.

The study found a positive coronavirus test from a teenager who hadn't been to any places with a coronavirus outbreak. That indicated the virus was spreading in the community earlier than officials thought.

Wednesday, the Seattle Flu Study tweeted it will be able to keep testing for coronavirus.

"In the face of this unprecedented health threat, there are times when we have all felt the need to move fast in an effort to save lives," read part of a statement from Dr. Jay Shendure, the lead principal investigator.

"We are actively working and have had good cooperation with local, state, and national health authorities on the response to COVID-19. Our team is productively collaborating with state regulators and has identified a path forward that will allow us to continue testing," the statement said.

"This collaboration will be crucial to helping us overcome the current challenge."

Some California cities and counties have similar bans.

The NBA's Golden State Warriors, who play in San Francisco, won't have any fans at Thursday's game against the Brooklyn Nets, according to league spokesman Mike Bass.

San Francisco is halting group gatherings of 1,000 people or more in an effort to slow the spread of novel coronavirus, Mayor London Breed announced.

'It is the hot spot in the nation'

New York Gov. Andrew Cuomo declared a 1-mile "containment" area in the suburb of New Rochelle, where more than 100 residents have been infected.

He's deploying the National Guard to help clean public spaces and deliver food to homes in the suburb of about 80,000 people.

"It is the hot spot in the nation" for coronavirus, Cuomo said.

The rapid outbreak in New Rochelle started with one resident -- an attorney who works in Manhattan. His wife, children and neighbor are among the dozens infected.

The containment protocols include closing schools, houses of worship and other large gathering facilities.

The cruise industry has been hit hard by coronavirus after outbreaks on at least two ships.

Wednesday, some passengers from the Grand Princess cruise ship arrived at the Dobbins Air Reserve Base in Georgia to begin their quarantine.

More than 2,000 passengers will be placed in quarantine at multiple military bases for two weeks. The ship docked this week in Oakland, California, after more than 20 people on board tested positive.

On a sister ship, the Diamond Princess, more than 700 people were infected with coronavirus. At least seven of those patients have since died.

The cruise industry suffered another blow when the Department of State urged Americans to not go on cruises.

"Like many other viruses, Covid-19 appears to spread more easily between people in close quarters aboard ships," the CDC said.

Pence said the cruise line industry has proposed new measures such as advanced screening and upgraded medical services aboard each ship.

Hi: 92° Lo: 69°
Feels Like: 66°
More Weather
A very warm and windy day across northwest Missouri and northeast Kansas on Wednesday. Afternoon highs in the region reached into the mid-80s to low 90s.