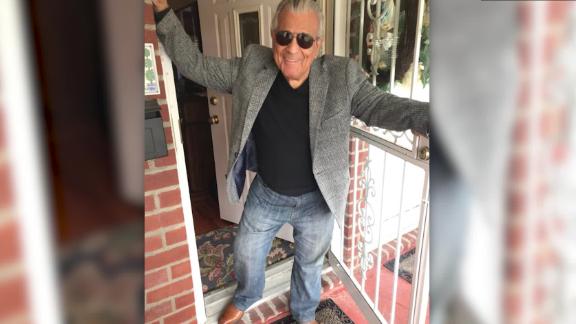 CNN's Anderson Cooper pays tribute to a former FDNY fire marshal John Knox who passed away after contracting the novel coronavirus. His son, Zachary Knox, tells CNN that his father came out of retirement to help after the 9/11 terror attacks.

As the coronavirus death toll rises and quarantine forces Americans into lockdowns, details on patients killed by the virus are slowly trickling in.

Nearly 9,000 Americans have tested positive for the virus. At least 149 have died.

Here's what we know about some of the people who've died since the first US case of the virus was reported in January.

A former firefighter who helped after the Sept. 11 attacks

When terrorists hit the twin towers on September 11, years after he'd retired from the Fire Department of New York, he put on his old uniform, grabbed his gear and pick ax, and rushed to the World Trade Center to help find firefighters trapped in the rubble.

Knox, 84, died this week after suffering complications from coronavirus. In addition to working as a former fire marshal, he also served as a US Marine and took pride in his service to the nation and New York City.

So much so, he never returned his fire gear after he retired, and asked the FDNY to bill him for the items, his son said.

"He took his vehicle and all the gear that he still had remaining from his time at the FDNY .... and made the trek all the way to Ground Zero, and he was down there for several weeks afterward," Zachary Knox told CNN's Anderson Cooper of his father's decision to help after September 11.

The elder Knox had pre-existing medical conditions from his work at Ground Zero following the terror attacks, CNN affiliate WCBS reported. His son said he developed symptoms of what appeared to be a light flu, and was hospitalized for about three weeks after he collapsed due to dehydration. His breathing got worse, and he died Monday.

His son described him as a vibrant 84-year-old who went to the gym until a couple of weeks ago and kept people decades younger on their toes.

"He was .... a man full of integrity," his son said. "He lived and died by his word. That's the way he always was .... and everybody, love or hate him, always respected him."

It's unclear how Knox got coronavirus. Zachary Knox is mourning his father while in self-quarantine because he visited him while he was hospitalized.

A retired magician who loved kids

"Richard was ebullient. He was loving," his wife, Sheila Curren, told CNN affiliate WPLG. "What do you say in a moment like that? He was perfect."

Curren was hospitalized with respiratory issues considered fairly routine, and died this week, his family said. Doctors notified family members that he died of complications from coronavirus.

"No matter how many joint replacement surgeries he endured, he still couldn't resist a chance to get down on the carpet to play with a toddler," his family told the affiliate.