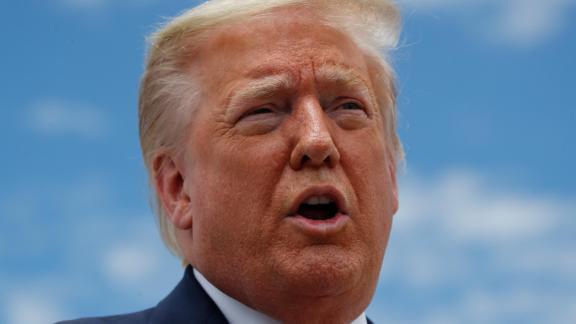 President Donald Trump's announcement that his administration will designate Antifa as a terrorist organization is surely unconstitutional because it would effectively criminalize joining an American domestic ideological group.

Thanks to the First Amendment, the US government has historically avoided designating domestic groups on both the left and right as terrorist. Belonging to such groups is consistent with the legitimate exercise of your First Amendment right to freedom of speech and belief — whether you are a white supremacist or an environmental activist.

Of course, should an American citizen commit a crime in service of her extremist beliefs she can be prosecuted for that crime, but she can't be prosecuted for merely belonging to the group, no matter how objectionable its views might be.

The situation is quite different when it comes to terrorist groups based overseas. If you look at the National Counterterrorism Center's list of designated terrorist groups, you will see that all the groups that are listed are based outside the United States. Joining such designated Foreign Terrorist Organizations is not protected by the First Amendment and is prosecuted as a crime. In recent years scores of Americans, for instance, have been convicted of joining ISIS or attempting to join the terrorist group, which can carry a sentence of up to 20 years.

If Trump succeeds in designating Antifa it potentially opens the door for American citizens to be charged for merely holding their beliefs — even if they are extreme and at times, militant.

It also begs the question why analogous extremist right wing groups are not similarly designated by the Trump administration, since violent right-wing extremists in the US kill far more Americans than leftist terrorists. According to data gathered by New America, a research institution, since 9/11 right-wing terrorists in the United States have killed 110 people for political reasons, while Antifa supporters have killed exactly no one for political reasons. Meanwhile, those motivated by black nationalist ideology have killed 12 people.

In other words, the threat posed by lethal right-wing terrorists since the 9/11 attacks is almost 10 times greater than that posed by leftist terrorists.

To its credit, the Trump administration designated the Russian Imperial Movement, a white supremacist group based in Russia, as a terrorist organization in April.

Yet there is no indication that the Trump administration will effectively criminalize being a member of an American right-wing extremist group. And for good reason: The First Amendment is the first for a reason, and it allows Americans to hold extremist beliefs of all flavors without fear of prosecution — including Antifa supporters.