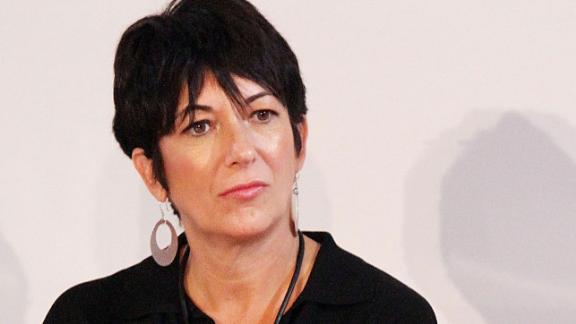 Ghislaine Maxwell, the longtime girlfriend and alleged accomplice of accused sex-trafficker Jeffrey Epstein, was arrested and charged by New York federal prosecutors with six counts in connection with the ongoing federal investigation into Epstein's accomplices, according to court documents and a person familiar with the matter. CNN's Max Foster reports.

More than 10 months after the death of Jeffrey Epstein and Attorney General William Barr's declaration that Epstein's "co-conspirators should not rest easy," the next domino has fallen with the Southern District of New York's indictment of Epstein's alleged accomplice Ghislaine Maxwell for operating a sprawling conspiracy to sexually abuse young girls. The big question now: Will Maxwell cooperate to try to save herself -- and if so, where might the SDNY's case go next?

Maxwell is now in an extraordinarily tough spot. The conduct charged in the indictment -- including sexual exploitation and abuse of girls as young as 14 -- is abhorrent and likely will evoke zero sympathy from prosecutors, jury or judge. The evidence looks overwhelming, including, according to court documents filed by prosecutors, testimony from "multiple victims (who) have provided detailed, credible, and corroborated information" that is "backed up (by) contemporaneous documents, records, witness testimony, and other evidence"; photographs linking Maxwell to Epstein and the sex trafficking ring; and Maxwell's own damning false statements made under oath during a 2016 deposition. Maxwell, who is 58 years old, faces multiple charges that carry maximum sentences totaling 35 years.

Given these circumstances, Maxwell has three primary choices. First, she can fight the case. But the vast majority of federal cases -- well over 90% -- result in convictions, which could send Maxwell to prison for much or all of her remaining life.

Second, she can try to work out a plea deal with the SDNY where she admits guilt, does not testify against others, and receives a somewhat lower sentence than if she was convicted at trial. But if I was back at the SDNY, where I worked for eight years, I would have no interest in giving any plea deal to an alleged child predator like Maxwell without requiring that person's cooperation in bringing other possible co-conspirators to justice.

Which brings us to the third option: Maxwell could try to cooperate with the SDNY to save herself and minimize her potential sentence. The SDNY requires potential cooperators to come clean about everything they know -- every crime the cooperator herself has committed, plus any crimes committed by others. If Maxwell does cooperate successfully, she stands the best chance of getting herself a substantially reduced sentence.

And if Maxwell goes that cooperation route, then anyone else who participated in Epstein's sex trafficking ring should not sleep easy.

We do not yet know who else might be in the SDNY's sights, but prosecutors did drop a tantalizing clue by staffing the case out of the Office's Public Corruption Unit (as it did with the original case against Epstein). I did sex trafficking cases when I was with the SDNY, and I know that these cases typically would be handled by the Violent and Organized Crime Unit (which includes the Human Trafficking Coordinators), not the Public Corruption Unit -- unless the case carried potential to implicate public officials.

Maxwell's arrest is an important moment for the many underage victims who continue to seek justice. And it could be an ominous turning point for others who helped Epstein and Maxwell run their alleged criminal operation but have evaded comeuppance so far.

Yes and yes. Every state has a law or set of laws that empower governors or other designated officials to issue emergency health orders. We already have seen governors and other officials use these powers to issue stay-home orders, closure orders, and, more recently, partial re-opening orders. At least 18 states, including California, New York, Illinois, Michigan, and Pennsylvania (plus the District of Columbia) have issued orders requiring people to wear face masks in public.

At least in theory, those orders could be challenged in court. But, given the generally broad laws empowering governors to manage public health and safety, courts likely will give governors broad latitude to issue face mask orders. The key question in court likely would be whether face mask orders reasonably promote public health and safety, and the science is clear that they do.

Violation of a mandatory face mask order could be punishable by injunctions (requiring closure of businesses that violate the orders), fines, or, in some states, arrest and prosecution.

William (California): Given the current coronavirus pandemic, has the Trump administration changed its legal position seeking to strike down the entire Affordable Care Act?

No. To the contrary, the Trump Administration has now fully committed to its legal position that the entire ACA -- including protections for individuals with pre-existing medical conditions -- should be struck down.

The Supreme Court has granted "certiorari" -- meaning it has agreed to hear and rule on -- a challenge to the ACA brought by a group of Republican governors after the individual mandate (the financial penalty for not carrying insurance) was reduced to zero by Congress. The case will be heard in the court's next term, which starts in October 2020.

Some officials, including Attorney General William Barr, urged the administration to modify its position and not to argue that the entire law should be struck down. But that argument apparently did not prevail, as the administration filed its brief with the Supreme Court, arguing that the "remainder of the ACA should not be allowed to remain in effect."

Dave (Washington): Can the President still pardon Roger Stone, or anyone? Doesn't the Constitution remove Trump's pardon power, now that he has been impeached?

Yes, Trump can pardon Stone, and no, Trump has not lost his pardon power because he was impeached.

There is nothing in our legal system that strips a president of the pardon power (or any power) solely upon impeachment by the House (though of course, if convicted in the Senate, the President loses office and all of its powers). Indeed, President Bill Clinton pardoned dozens of people after he was impeached by the House in 1998, and Trump has issued pardons since his 2019 impeachment. So even though Trump has been impeached, he still retains full Constitutional power to grant pardons.

Three questions to watch this week:

1. Will more governors issue orders requiring face masks in public places, and will any of these orders face a legal challenge?

2. How will the Supreme Court decide the Trump tax returns cases?

3. Will Trump issue a pardon to Stone before Stone has to surrender to prison on July 14?

Hi: 69° Lo: 41°
Feels Like: 54°
More Weather
Today we had another comfortable and mild day with mostly sunny skies and temperatures in the upper 60s and lower 70s. Clouds will start to increase across the area tonight into Friday morning. Rain chances will also start to increase tomorrow morning with the chance for scattered showers mainly through the morning and afternoon hours. The rain will be light on Friday with most areas seeing less than a quarter of an inch. Rain chances will continue this weekend as temperatures warm to around average in the low to mid 70s. Showers and a few thunderstorms will continue through the weekend however no severe weather is expected at this time. Rainfall could be moderate to heavy at times with most areas seeing around 2-3 inches of rain by Monday. Rain chances will continue into next week as temperatures remain around average.

Driver ejected after a car crash in Gower

Roadwork on the North Belt Highway is impacting surrounding businesses