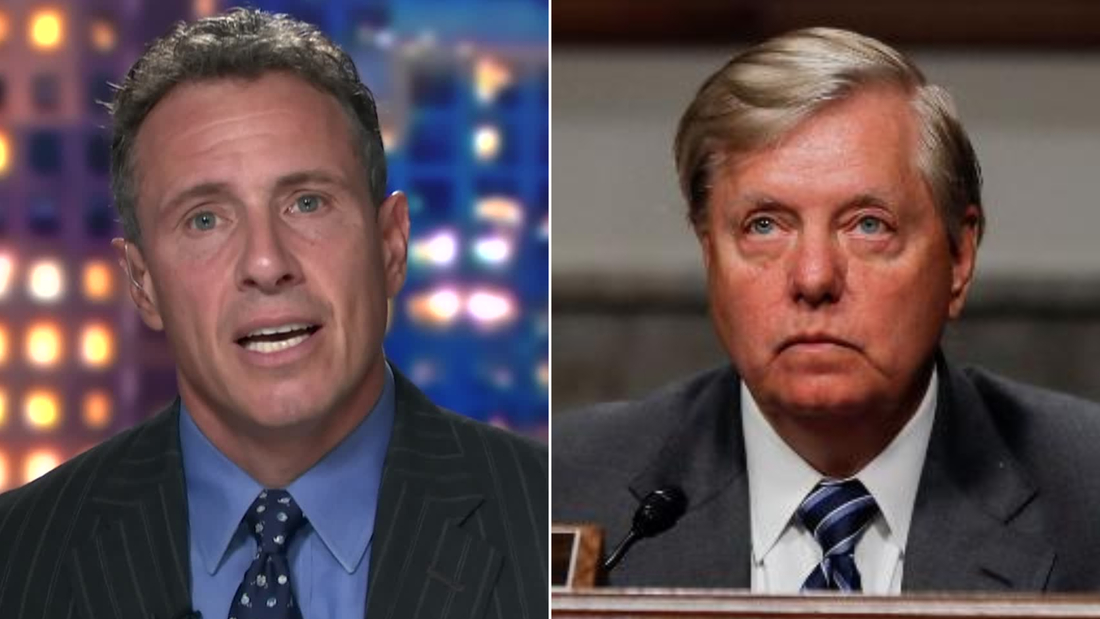 South Carolina may be on the verge of what seemed like an impossibility: becoming the first state in US history to be represented by two Black men in the Senate simultaneously. It's no longer a far-fetched idea because Democrat Jamie Harrison has become a formidable challenger for the seat occupied by long-serving Republican Lindsey Graham. Political analysts have moved the race into a toss-up category from solidly Republican as a bevy of polls show Graham and Harrison in a virtual tie.

Saturday's debate between the two, in which Harrison nailed Graham to the wall with Graham's own naked hypocrisy and lies about how he'd handle a Supreme Court nomination in the final year of President Donald Trump's term, further solidified that reality. "Be a man," Harrison said as he scolded Graham on his attempt to downplay his flip flop.

Because he's the incumbent, Graham should still be considered the favorite, but only slightly. Harrison's challenge is real. Don't feel bad if you didn't anticipate that possibility. Many of us who were born and raised here and have been reporting on the politics of the Palmetto State for the past couple of decades didn't either.

Don't get me wrong. This possibility was unforeseen not because Graham was considered invincible or because of our status as a deep red, Deep South state. It surely wasn't because Harrison isn't qualified or that Graham has earned another term. Harrison is and Graham hasn't.

It was unforeseen because few of us anticipated Democrats from around the country making the race a priority, which is what was required to put this seat in play. But they have, by helping Harrison set fundraising records. That's why Harrison's war chest is sizable enough to swamp Graham in well-done advertisements and a robust get-out-the-vote effort.

Harrison's presence on the ballot also helps the South Carolina Democratic Party regain its luster in a state that has almost always voted for Republicans in statewide races since the late 1990s. A decade ago, the state party was a laughingstock when a man named Alvin Green — who had no political experience and no campaign apparatus to speak of — won its Senate nomination to face then-Sen. Jim DeMint, a Republican, and got thoroughly trounced at the ballot box and trashed by late-night talk show hosts.

When I sat down with Harrison for a 30-minute interview in the early months of the race in the spring of 2019 — we met at Big Mike's, a soul food restaurant in Myrtle Beach that was also visited by the likes of Kamala Harris during the Democratic primaries — it was clear he understood the state's political landscape well.

This was long before we had heard of something called Covid-19 and before President Trump was impeached. Harrison spoke eloquently about how his humble-beginnings background, elite higher education and work in the private sector and politics prepared him for this moment. He was careful to talk about holding Trump to account for his abuses of power while not becoming hyperbolic. He articulated the need for racial justice while steadfast in a conviction that we reach across the aisle and embrace everyone. He didn't serve up red meat for those who want Trump sent to prison and tried to remain focused on his qualifications and vision for the state — while explaining why it was time for Graham to go.

Harrison did the same during his debate with Graham. Both men emphasized their ability to work across the aisle, but Harrison quickly called out Graham for calling liberals "nuts" and "radical." Harrison's decision to bring his own plexiglass divider, to protect himself from the coronavirus and underscore the different ways Democrats and Republicans have responded to the pandemic, also stood out. (I suspect Democrats wish Joe Biden had done the same during his debate with Trump.)

The truth is, though, that Harrison is capitalizing on what could amount to one of the biggest political miscalculations by an incumbent in our state over the past quarter of a century: Graham's full embrace of Trump. Apparently he believed his easiest, surest road to reelection ran through ardent Trump supporters — which is why at Saturday's debate he talked about conservative judges, capitalism vs. socialism and said Democratic control of Washington would be a "nightmare scenario."

It seems as though he's disregarded the center-left and center-right residents who make up an important contingent of South Carolina voters and aren't wedded to either party. Those voters have been comfortable voting for former moderate Democrats who became moderate Republicans when the GOP began dominating state politics, like state Sen. Luke Rankin of Myrtle Beach.

Graham, whose political career spans 25 years, knows there is a big divide between that group and the most passionate Trump voters. He knows his reputation in the state had long been one as a statesman, as much a straight-talker as his old buddy, the late Sen. John McCain. He knows a great portion of his previous support came not just from people who agreed with his conservative bona fides but those who believed he would tell the truth and put country before party at critical moments, even if it meant jeopardizing his own political future. I know because I was one of the voters who believed Graham. I no longer do. Graham is no longer that man — that's if he ever was.

His image in this state is now of a man who is crude, crass and calculating. He is either playacting now to attract Trump voters or was pretending to be a man of character for all those years before Trump became president.

Graham had seemed a man of conviction, of honor. It made it easier to ignore political disagreements with him because he had convinced us his desire to be in Washington was more about his love for the residents of his home state than a thirst for power. He has now decided to shatter that image into a thousand pieces — just to touch the hem of Trump's garment. That decision might cost him everything. And it should.

Hi: 42° Lo: 39°
Feels Like: 35°
More Weather
A cold front is currently moving through our area this morning dropping temperatures into the lower 40s and upper 30s. Today will be a cool day with highs in the upper 40s and lower 50s with increasing clouds. Temperatures will fall into the lower 30s tonight. We could see a few areas of light rain and drizzle this evening, but precipitation chances will start to increase overnight into tomorrow morning. With the sub freezing temperatures, precipitation will transition from light rain and drizzle in the evening to snow overnight into Tuesday morning. Snowfall will continue through the morning hours on Tuesday before transitioning to a rain/snow mix while it exits the area. Most areas will see around 1-3 inches. Accumulations will stay mainly on grassy and elevated surfaces, but expect slushy road conditions Tuesday morning. Conditions will slowly start to improve for the rest of the work week with sunshine returning and temperatures slowly warming. Rain chances will return for the end of the work week.

KQ2 Forecast: A mild Monday ahead with increasing clouds