Could Trump derail his impeachment trial? 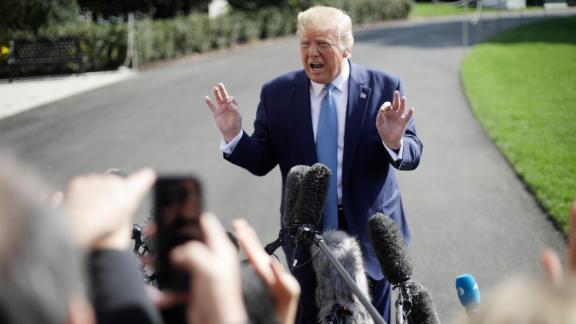 Once again, Donald Trump has thrown the legal and political system into uncharted waters. This time, the novel question is this: Can the US Senate try and convict a former president? While there is some disagreement among legal scholars, the answer must be yes, both as a matter of law and common sense.

The issue already has caused a split within the Republican Party. Several Republican senators have come out against trying a former president, while Sen. Mitt Romney and a group of former Republican officials and lawyers have taken the contrary position. Democrats appear to be united in favor of trying the former President.

First and foremost: This has happened before. On March 2, 1876, Secretary of War William Belknap resigned under political pressure after a House committee uncovered evidence of corruption. Later that day, the House impeached him on charges of "criminally disregarding his duty as Secretary of War and basely prostituting his high office to his lust for private gain."

The Senate held Belknap's impeachment trial in August 1876 (and ultimately acquitted him). Granted, Belknap was a non-presidential official, but that distinction carries no particular legal or logical significance. And of course, 1876 was a long time ago -- but the legal principle is the same.

Former federal judge J. Michael Luttig, a leading proponent of the argument that a former president cannot be impeached or tried, has argued (in largely conclusory fashion) that "the Senate's only power under the Constitution is to convict -- or not -- an incumbent president." But I believe that Luttig is wrong. Article I of the Constitution specifically empowers the Senate to do two separate things: remove a convicted official from his position and disqualify an official from holding future federal office. The latter punishment still could apply to a former officeholder like Trump.

Indeed, it would defy common sense if the Senate were powerless to hold a former president accountable through impeachment and trial. If that were the case, the end days of any president's term could devolve into a zero-consequence free-for-all, once it became impracticable for the Senate to complete an impeachment proceeding before the natural end of tenure on January 20.

And if the Senate actually were powerless to impeach or try an official who has left office, then the constitutional disqualification power would be rendered effectively moot. Any official facing near-certain conviction could simply resign from office before the Senate impeached him and imposed the disqualification penalty, and then run for office again at will.

But the merits of the argument about whether a former president can be impeached and tried are only the starting point. Things get really messy when we consider how a legal challenge might play out.

First and foremost, who might formally decide the issue? It seems clear that if the Senate itself decides, the trial will go forward, given that Democrats currently control the Senate (and at least one Republican, Sen. Romney, agrees with their position).

But Trump himself, or perhaps a group of Republican senators, could try to appeal the issue to the federal courts. If that happens, then the first question is, which court gets the case first? It seems unlikely that the case could go directly to the US Supreme Court, which has "original jurisdiction" only over disputes involving two or more states or cases involving ambassadors or other "public ministers." Neither applies here.

In the fastest-moving scenario, the case could start in the federal district (trial-level) court and skip the intermediate court of appeals under an obscure rule that allows direct appeal to the Supreme Court. The rule applies only if the court decides that "the case is of such imperative public importance as to justify deviation from normal appellate practice" and "require(s) immediate determination."

In that situation, time would be tight. The substantive portion of the Senate trial is set to begin in two weeks, on February 9. Even if a legal challenge reaches the courts tomorrow, it would be a tight squeeze to get resolution before February 9. And if Trump (or another party raising a challenge) files a lawsuit even closer to February 9, things get even more difficult. If a lawsuit is pending on February 9, does the Senate hold off and await a court decision? Or does the Senate plow ahead in the absence of a final ruling?

Beyond the complications of a timing issue lies the difficult question of whether the federal courts would even agree to rule on the case at all. On one hand, the issue is of monumental importance, and the Constitution itself is ambiguous enough to call out for a definitive ruling. On the other hand, federal courts tend to avoid ruling on what they deem "political questions," preferring instead to leave such issues to political actors in other branches of government.

Keep an eye on this dispute. Its resolution could complicate, or even derail, Trump's upcoming impeachment trial. But if the Senate -- and potentially the courts -- reach the proper conclusion, Trump's trial will proceed and a clear message will be sent: Abuse of power, even during a president's final days in office, simply cannot be tolerated.

Steve (Washington): Could President Trump's effort to use the Justice Department to overturn the Georgia election results be relevant evidence in the Senate impeachment trial?

Yes. The Article of Impeachment voted by the House of Representatives focuses primarily on the Capitol insurrection of January 6. But it also specifically encompasses the events leading up to the insurrection, including Trump's call to Georgia Secretary of State Brad Raffensperger to "find" enough votes to swing the state's election outcome to Trump.

Consistent with that allegation, the House impeachment managers could decide to introduce as evidence recent revelations about Trump's effort to pressure Justice Department officials to assist in his effort to overturn the results of the Georgia election. The argument would be that Trump's pressure campaign on DOJ was part and parcel of his larger effort to steal the election as a whole, which inevitably culminated with the January 6 Capitol attack.

Angelo (Illinois): How much legal authority does a president have to undo the executive orders of a prior president?

President Biden has used his power to issue executive orders aggressively during his first days in office to enact new policies relating to immigration, environmental policy and other issues.

The new president's power to reverse or rescind a prior president's executive orders is broad but not unlimited. The Supreme Court addressed this precise issue in its 2020 ruling on the Deferred Action for Childhood Arrivals (DACA) program, which was created by executive order by President Barack Obama in 2012. Trump tried to rescind the program, but the court blocked his effort, holding that, while a president has broad authority to rescind executive orders or to issue new ones, the president's action cannot be "arbitrary and capricious." That means, essentially, that there must be some minimal, reasonable process and consideration of policy objectives. The legal bar isn't high, but it's also not a free-for-all.

Hi: 82° Lo: 63°
Feels Like: 67°
More Weather
Temperatures today will remain slightly above average with highs in the mid 80s. Most of today will be dry and sunny, but a weak cold front will move through late this afternoon into this evening giving us the chance for a few isolated showers and storms. Conditions will stay comfortable this weekend with highs in the mid 80s on Saturday and upper 80s on Sunday. Temperatures will start off above average on Monday before a cold front moves through. That front will give us additional rain chances Monday night and some much more fall like temperatures through the rest of the week.

One injured in motorcycle accident