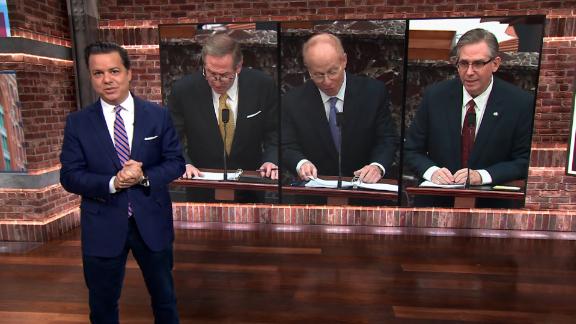 CNN's John Avlon looks at Donald Trump's second impeachment defense team and what could happen to them after they have been caught lying in defense of their client.

Immediately following his impeachment acquittal, former President Donald Trump issued a statement saying his movement "has only just begun." He is right about one thing: Something has only just begun, but it's not another chapter of the conspiracies and lies to which Trump clings. The movement that just got kicked into high gear is an era of accountability.

Some are greeting the outcome of the impeachment trial with dismay, and as three people who have spent the last four years fighting Trumpism in courts of law and in the court of public opinion, we might be expected to be among them. But far from it, we see the trial as a positive first step in what we predict will be a far-reaching campaign to secure criminal, civil and regulatory accountability against Trump and his enablers for their undeniable misconduct over the last four years.

There is an urgent window for government and private parties to pursue accountability through investigations, prosecutions and litigation. The magnificent work of the House impeachment managers established the roadmap. They revealed a startling pattern of intentional misconduct by Trump in inciting insurrection, and they backed up each of their contentions with a mountain of evidence, some of which was not previously available to the public.

While the US Senate did not ultimately convict, the courageous votes of seven Republicans to hold Trump accountable shows the bipartisan opportunity for the road ahead. Even Senate Minority Leader Mitch McConnell, who has given Trump much cover and did the same again by voting against conviction here, said Trump is "still liable to be tried and punished in the ordinary tribunals of justice...Trump is still liable for everything he did while he was in office, he didn't get away with anything yet."

McConnell spent four years trying to play Trump's card to his advantage, and now he is coming down hard, seemingly telegraphing for those he leads what should come next. Like him or not, he is a formidable figure, and we should take his signal -- or perhaps, his prediction -- seriously.

Thanks to Trump's outrageous behavior in the waning days of his reign, he has exposed himself to possible state criminal prosecution in Georgia. Fani Willis, the district attorney for Fulton County, has announced her intent to investigate the ex-president and his shocking call to the Georgia Secretary of State Brad Raffensperger on January 2. The call may well violate state law, including a statute prohibiting the solicitation of election fraud.

According to The New York Times, her investigation is a broad one, looking at other offenses by Trump and by those around him, such as his lawyer, Rudy Giuliani, who is alleged to have provided false information to Georgia officials. Giuliani did not respond to the Times request for comment. Meanwhile, a Trump adviser has said the investigation "is simply the Democrats' latest attempt to score political points by continuing their witch hunt against President Trump, and everybody sees through it."

Other jurisdictions might also have criminal cases against Trump for his post-Election Day misconduct, including his alleged incitement of insurrection. Prosecutors have already charged hundreds of people involved in the insurrection with federal crimes, including conspiracy, and we know the insurrectionists came from many states and planned in advance. If Trump was a part of any conspiracy, he could face criminal or civil liability in multiple places. There are laws against insurrection, sedition, racketeering and related misconduct, and they should -- and likely will -- get a close look.

In addition, there may well be civil action on behalf of those who were killed and injured during the events of January 6 -- among them, the Capitol Police officers and other law enforcement. Members of Congress and staff who were traumatized or otherwise harmed may also have civil claims such as for intentional infliction of emotional distress. We can expect that civil litigation to go on for years.

Given the powerful and disturbing footage that has now been seen by virtually every American, the insurrection is something deeply concerning to the American people far beyond the walls of Congress, and judges and juries take these cases seriously.

Yet another category of accountability for the "Big Lie" perpetuated by Trump and his allies: regulatory actions, like bar complaints against the attorneys who allegedly enabled Trump's misconduct. One complaint has already been filed in New York against Giuliani. Giuliani's public reactions to the complaint suggest he is at least somewhat ruffled by the action, ("I don't want to get in trouble. And I have a high sense of ethics, personally. I hate it when people attack my integrity"). Meanwhile, officials in Michigan are seeking disbarment of Sidney Powell and her cohort, and the Georgia bar has opened an investigation of Lin Wood. Wood has taken umbrage with the effort, asking supporters to donate money to fight it, telling them that the Georgia bar authorities "have through the kitchen sink at me," and calling on his followers to dig for damaging information against members of the Georgia State Bar Disciplinary Board. Powell has not commented on the allegations against her.

Organizations that helped sponsor the January 6 rally and foment the insurrection also face calls for investigation, including under state laws that regulate charitable entities. These avenues are slower and may be seen as less hard-hitting, but it does not change their significant contribution to the accountability effort. If there is no consequence for misconduct, then what is there to prevent such behavior from happening again and again?

The Trump era taught us that pursuing justice for presidents who do wrong, and the individuals and groups who enable them, is not self-executing. The rule of law only works if it is activated. Now come state and federal prosecutors and civil plaintiffs, who must move quickly to hold Trump and his associates and followers responsible for the insurrection and much that preceded it over the past four years.

While the hill might feel steep and the climb slow -- the justice system is not always known for its swiftness -- there is a solution. Civil society organizations like ours, and many hundreds of others, can and will work together to drive accountability forward.

The law is propelled by argument and evidence. Those of us in the civil society must support prosecutors and plaintiffs by putting our shoulders to the effort of developing and publicizing the analysis of these legal matters. This can help explain accountability measures to the public and even inform the internal decision-making process of the accountability agencies. It can show them that a path is possible and how to pursue it. Whether considered a legal fire starter or an emotional support system, when civil society does its job, our movement does in fact move justice forward.

Will achieving all -- or even some -- of this accountability be easy? Of course not. The impeachment and trial proved that. But the fact that the majority of the public and the Senate agreed in a bipartisan fashion on Trump's liability offers hope and motivation. The voluminous record the managers established lays out a detailed roadmap to get there, as does the work of so many dedicated state and local officials over the past four years.

We should, as a nation, drive down those paths with all deliberate speed, knowing that we are in this together. 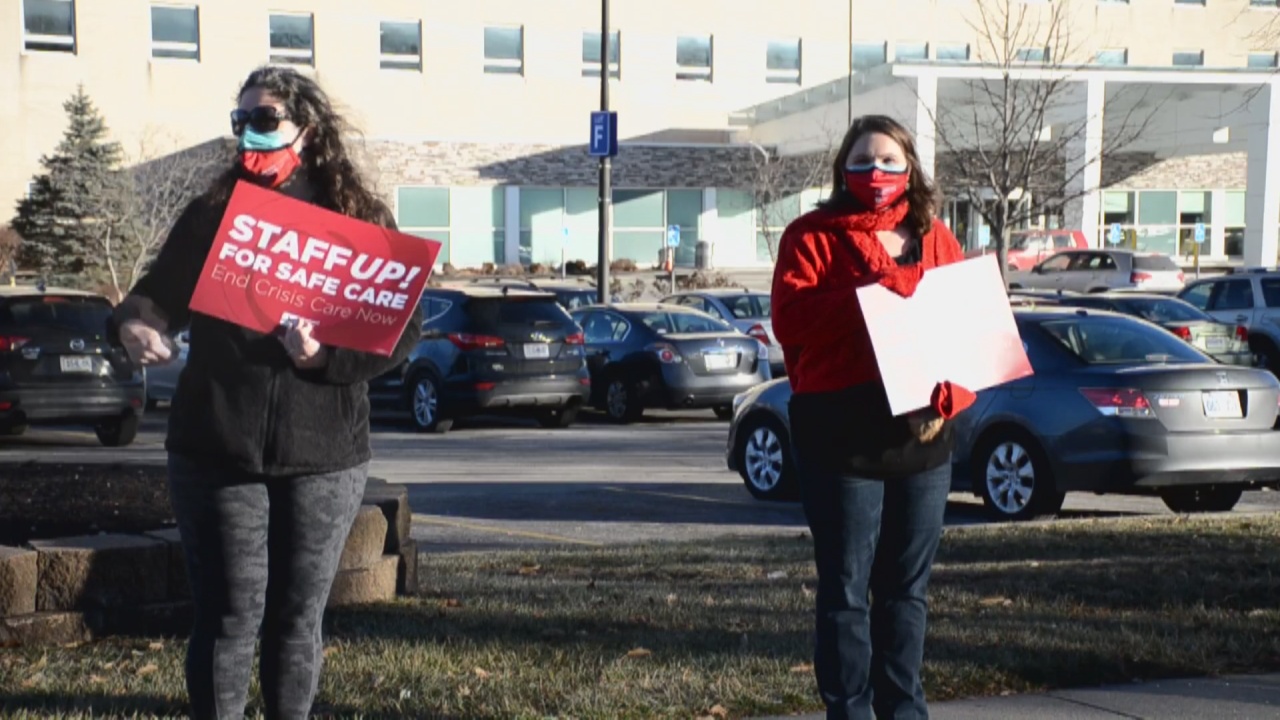