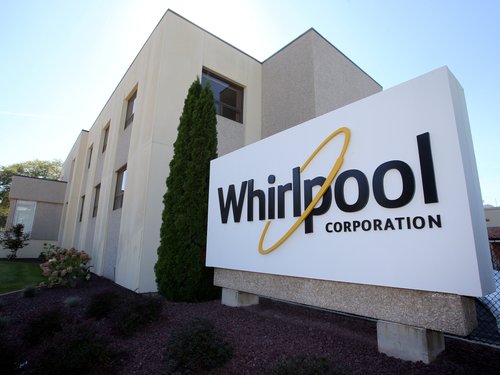 Home appliance maker Whirlpool has launched a recall of hundreds of thousands of tumble dr...

Home appliance maker Whirlpool has launched a recall of hundreds of thousands of tumble dryers from UK homes, years after it emerged they are at risk of catching fire.

The move was mandated by the UK government last month and follows the discovery that around 500,000 Hotpoint, Indesit, Creda, Swan and Proline-branded dryers produced between 2004 and 2015 were affected by the fault.

The US-based Whirlpool said anyone with an affected dryer should unplug it immediately.

The problem first came to light in November 2015 when it emerged that the heating elements of some dryers could cause fires when they came into contact with excess lint, but Whirlpool initially chose not to issue a general recall.

Instead, it told customers the appliances could be used if they weren't left unattended.

Whirlpool's vice president apologized to consumers on Monday as the company announced the recall.

'Safety is our top priority and tackling the issue with our tumble dryers has been one of the biggest challenges we have ever faced,' Jeff Noel said in a statement.

'We value our customers more than anything and we recognise that we let many of you down. You deserved better from us and for this we apologise to you all.'

Customers with affected dryers will be offered a free replacement or modification, or a refund based on the age of the model, the company said. They can also pay to upgrade to a newer model.

Britain's Press Association news agency reported that executives from the company told lawmakers the true number of affected units could be 800,000.

In recent years, 54 fires have been logged, three of which were in models that had already been modified, PA added.

Hi: 34° Lo: 24°
Feels Like: 34°
More Weather
The good news is our temperatures will be on the rise through the week. Sundays highs will be in the middle to upper 40s and Monday is expected to be even warmer. There is a slight risk for some evening rain showers Tuesday. By midweek highs will be pushing the 50s. By the end of the week we could be seeing highs in the 60s.

Kobe Bryant and his daughter, Gianna, killed in a helicopter crash in California