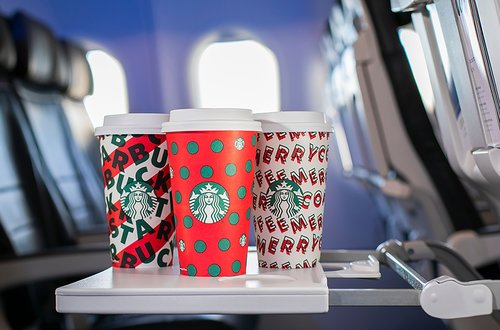 The excitement over Starbucks' holiday cups has reach...

The excitement over Starbucks' holiday cups has reached 35,000 feet.

Alaska Airlines is offering priority boarding to passengers who are holding Starbucks' holiday-themed coffee cups, who will be able to stand in an "espresso" lane. The promotion between the two popular Seattle-based companies begins Thursday and ends Sunday.

The promotion doesn't stop at the gate: Alaska said some passengers will find Starbucks treats on their seats. But it does come with some caveats.

Although anyone holding the Starbucks cup can board early, they won't be the first in line. That is still reserved for first-class passengers and elite members of its frequent-flyer program sitting in either cabin. Cup holders will board in the fifth boarding group, right before passengers sitting in the back of the airplane.

Passengers who board early and are holding a holiday cup don't get any additional perks.

Alaska Airlines said holiday-cup-wielding passengers don't have to be drinking a special holiday drink from Starbucks. Regular coffee or even water will do. And the cups can even be empty, the airline said, if passengers finish their drink before the flight boards.

Starbucks locations at San Francisco, Atlanta and Minneapolis airports won't be using holiday cups because they are testing out special compostable cups. For customers in those locations, the airline said it will allow holiday cup sleeves from Starbucks instead.

Alaska isn't a stranger to this type of early boarding promotion. In September, it offered the same boarding privileges to passengers wearing jerseys of Seattle Seahawks quarterback Russell Wilson, who is a company spokesman. Last year, it let passengers board early if they wore ugly Christmas sweaters.

For Starbucks, the promotion drums up more excitement for their holiday cups. The coffee chain released their full seasonal offering Wednesday.

Hi: 69° Lo: 42°
Feels Like: 71°
More Weather
After a beautiful weekend with temperatures in the mid 60s we saw a few more clouds start to move into the area on Monday afternoon and night. A storm system will bring a slight chance for showers for northwest Missouri and northeast Kansas Monday evening into Tuesday morning. 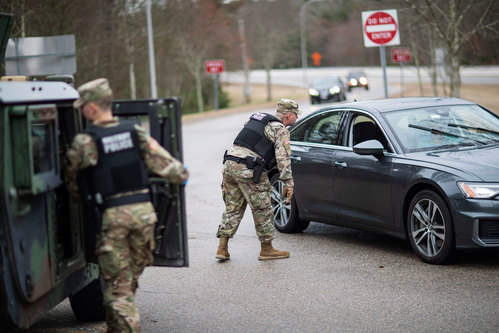