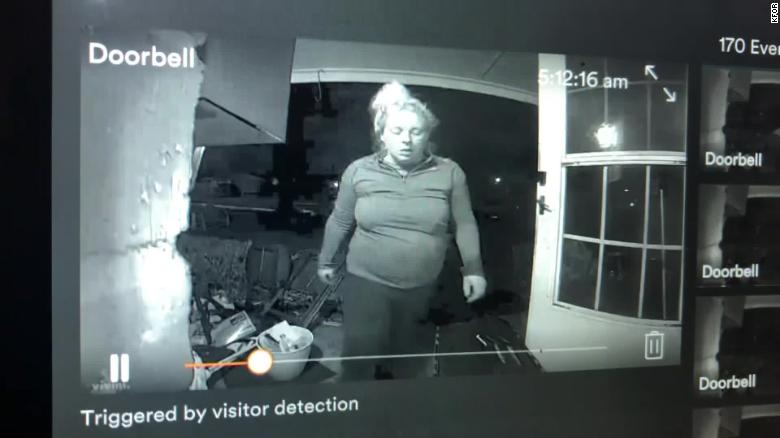 A Midwest City woman says a burglar spent 12 hours going in and out of her home trying to get away with as much as possible.

MIDWEST CITY, Ok (KFOR) -- A Midwest City woman says a burglar spent 12 hours going in and out of her home trying to get away with as much as possible.

Barbara Love was staying at her grandson's home while her house was being remodeled. A burglar showed up on camera taking numerous items out of the house, including a TV, furniture and even towels.

She says the hardest thing to lose was her jewelry.

"I was just sick over the jewelry, because that's what my husband got made, and he's passed away," she said.

Love decided to stop by a pawn shop and give them a description of her jewelry in case someone tried to pawn it.

News 4 spoke to Midwest City Police, and they say they're investigating the case, but haven't confirmed the burglar was in the pawnshop. They say nobody's been arrested yet.

"I'm still missing things because with it all tore up, and everything stuck from room to room, we're just discovering things," she said.

Hi: 60° Lo: 35°
Feels Like: 60°
More Weather
We started out across the area with a few clouds around as a disturbance passed to the south of the area. Clouds slowly started to clear by the early afternoon hours. Today temperatures were still be above average, but cooler than yesterday with highs in the upper 50s. Temperatures will be back in the 60s this weekend under mostly sunny skies. Winds will be a bit breezy on Sunday with wind gusts up to 25 mph. Wind will remain fairly breezy through the beginning of next week especially on Tuesday and Wednesday. Temperatures will stay above average next week with rain chances increasing by mid week.

Local clergy weigh in on national conversation on vaccines