A St. Joseph man charged with driving drunk and killing 22-year-old Austin Cross in a head-on crash was in court Tuesday afternoon.

Roger Moe, 53, appeared in an Andrew County courtroom where his bond was revoked. Circuit Court Judge Daniel Kellogg ordered Moe be taken into custody by the Missouri Department of Mental Health to determine whether he could stand trial.

St. Joseph man arrested on suspicion of DWI in I-29 head-on crash

The family of Cross attended the hearing. Francis Cross, Austin's father, said the judge's decision gave him hope that eventually justice will be served.

"I never thought I would have to fight so hard for this," Francis Cross said. "My son didn't deserve what happened to him."

Moe was suspected of driving on the wrong side of I-29 and crashing head-on with another car where Austin Cross was a passenger. Austin Cross died from his injuries and the driver, Corey Brueggeman, 21, suffered minor injuries.

Austin Cross was a student at Northwest Missouri State University at the time.

RELATED: Driver charged in DWI-fatality accident to remain behind bars

Moe was charged with felony drunk driving/felony murder, DWI, resisting arrest, driving in the wrong direction, and exceeding the posted speed limit in Andrew County back in October 2018.

Authorities said Moe was fleeing from law enforcement at the time of the crash. Missouri State Highway Patrol reported he was driving more than 110 miles per hour, the wrong way on the interstate, and driving northbound on I-29 attempting to take a ramp toward Highway 71.

Conditions of the bond included Moe's custodian, his mother Carol Dye, report progress of his physical therapy to the court clerk every 30 days and the location of the inpatient program.

Stevenson asked Judge Kellog to revoke Moe's bond because they failed to report and the prosecutor alleges Dye was not fit to be Moe's custodian.

Court documents, filed by the Andrew County prosecutor, allege Dye told her daughter-in-law, the wife of Moe's deceased brother,  that Moe demands to be given his brother's firearms. The daughter-in-law reported this conversation to the prosecutor.

The defense attorney, Gregory Watt, called Dye and Moe's sister to testify and about some of the difficulties they have faced getting appropriate care. Dye testified that Moe had been moved from Mosaic Life Care to MidAmerica Rehabilitation but then into Dye's home.

Both women testified that they reached out to 18-19 different nursing homes but he was rejected by each one. Dye said no inpatient program would take him because Moe was facing criminal charges. They testified that they had no choice but to bring Moe to Dye's house and set up 24-hour care.

Both Dye and Moe's sister said since the stroke, Moe has physical limitations, he cannot speak, and he now has difficulty following conversations. The women said they take turns caring for him with assistance from a family friend and Moe is never left at home alone.

However, Dye admitted that although she was told to report her son's whereabouts to the Court, she instead told her attorney. Prosecutor Stevenson said the message was not relayed until July 24. Dye also admitted that she had a small amount of alcohol in her home for personal consumption and that although Moe did not demand his brother's firearms, she did.

After listening to arguments in court Tuesday, Judge Kellogg ruled Moe had violated his conditions for bail. He cited Moe's family's failure to communicate with the court, alcohol inside Dye's home, and the firearm discussion in his decision.

Following the decision, Francis Cross said he hopes people will pay attention to this case.

"I don't want to let my son's death get brushed under the rug by a small county," Francis Cross said. "My son's life meant more."

Moe was taken into custody and he will be transferred to mental health experts for an evaluation.

Hi: 92° Lo: 71°
Feels Like: 82°
More Weather
The warmer air has moved back into northwest Missouri and northeast Kansas bringing the heat and humidity back to the area. Cloud cover will stick around through mid to late morning Sunday. This will help to keep temperatures a little cooler than what we would see otherwise. Sunday will still get into the low 90s with a Heat Index around 100. 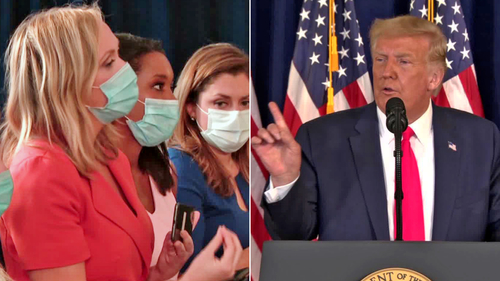