The event reeled in hundreds of fishermen from several states to St. Joseph on the final day, many gathered despite wet weather for the final weigh-in.

"We didn’t get as many spectators as we would like," Craig Collins, the promoter said. "I think the weather had a lot to do with that."

"Overall everything went really well," Collins said. "A lot of the guys were glad they came to St. Joe and had fun while they were here."

Fisherman spent all of Saturday night on the river in search for the biggest catfish they could find. Cash prizes up to $15,000 were given out for the best catches.

Those behind this tournament said this year’s historic flooding made interest challenging early on in the planning stages, adding that many participants were apprehensive about taking part due to the uncertainty of the river.

Despite that, promoters said 128 boats from 9 states took part in the tournament and adding that it was still one of the bigger turnouts compared to others nationwide.

Josh Flamez and his fishing partner Michael Sanders were this year’s winners of the tournament, they reeled in 6 catfish weighing a total of 128 lbs.

"It hasn't sunk in, honestly," Flamez said.  "We put a lot of time and effort into it and it’s finally paid off.

Flamez said he and Sanders have been fishing for a few years now and had been working hard to better, though they didn't expect to walk away with the grand prize.

Now with the 5th year of the tournament in the books, event promoters hope to keep it going here for years to come.

"It's a great riverfront area to have it," Collins said,  "I look forward to it getting bigger and better."

Estimates put the economic impact of the catfish tournament for the local economy at $130,000. 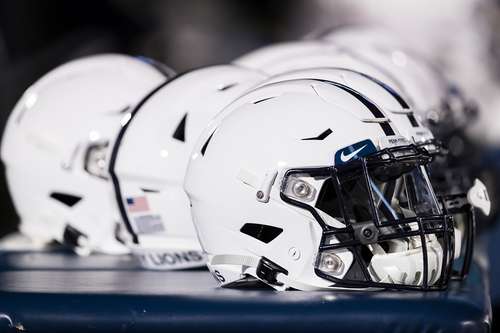