Human remains were found Tuesday while authorities were searching for two missing Wisconsin brothers on a farm near Braymer in Holt County.

(CALDWELL COUNTY, Mo.) Human remains were found Tuesday while authorities were searching for two missing Wisconsin brothers on a farm near Braymer in Holt County.

The two brothers, Nicholas and Justin Diemel, have been missing since July 21.

During a news conference on Wednesday, Clinton County Sheriff Larry Fish said human remains were found on the farm in Braymer that authorities have been searching for several days.

"On Tuesday, July 30, investigators were assisted by a Frontier Forensic anthropologist who has identified that human remains have been located at the search area in Braymer, Missouri," Fish said.

The search area in Braymer is on a large farm owned by a man named Garland Nelson, who is currently in custody in connection to the disappearance of the brothers. Nelson has been charged with tampering with a motor vehicle. According to court documents, Nelson told authorities he drove the Diemel brother's rental truck to a commuter lot in Holt.

The remains found Tuesday have not yet been identified.

"The cause of death has not been determined," Fish said. "This is still an active investigation and human remains have not been identified at this time. Investigators are still working with Frontier Forensic doctors to determine what took place."

At this time, authorities would not release information about if the remains belonged to one or two people.

"There are multiple agencies involved in this investigation," Fish said. "Local, state, federal and out-of-state investigators are all working together to bring this case to a conclusion."

Fish is asking anyone with information into the case to contact authorities by calling the Clinton County Sheriff's Office at their TIPS hotline at 816-632-8477. Leads that are being reported to authorities are being prioritized and will be followed up on.

Hi: 56° Lo: 25°
Feels Like: 32°
More Weather
A sunny and very windy Thursday across northwest Missouri and northeast Kansas. Sunny skies and below normal temperatures were found across the area Thursday afternoon as another strong cold front has made its way into the area bringing cooler air and strong winds with it. 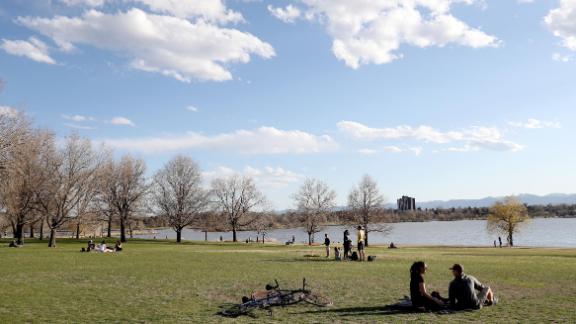