The St. Joseph School District has provided light at the end of the tunnel for the Downtown YMCA to keep it's doors open

(ST. JOSEPH, Mo.) A light at the end of a tunnel as the YMCA nears its final two weeks before closing its doors on October 1st.

The fight continues in the community to keep the doors open at the downtown YMCA as a proposal was presented to the St. Joseph School District board on Monday night.

Hook and the YMCA's CEO Sue White presented a proposal to the district's finance board wanting to collaborate with the school that could save the downtown Y.

SJSD finance board member Rick Gilmore has high hopes, "We felt positive that it could be a positive thing for our community and for the school district for a long-range planning."

If a deal is made, the YMCA would be able to keep it's doors open to YMCA members and the school district would use it as an alternate site as the district is in need of certain amenities.

"For basketball courts for the middle school and also to provide a pool for the swim teams," says Gilmore. "It would also give us a building where we can have a wellness program, we're self-insured with our health insurance. We have thousands of employees and we could offer them a wellness program at the YMCA. We feel like that could reduce our insurance cost."

But the price is costly. The YMCA's proposal is to sell the building for four hundred-and fifty thousand dollars. The selling price not including maintenance repairs that could put the total cost well over one million dollars.

Gilmore says the cost could go down with a mutual deal, "In the long run I think it would be a good investment for the school district. The price is negotiable like I say, you know, it might be a reciprocal agreement, where we work that price to a different level."

Along with the community, the Mayor has publicly voiced wanting to keep the YMCA open, leaving the board members in good hopes that there will be a positive outcome after all.

Hook says, "We've had nothing but outpouring from the community and support from everybody to 'what can we do' is what people are saying, 'what can we do to help?'"

School board members will inspect the YMCA building Wednesday morning and discuss again on how much of an investment this could be, as money is a major concern in the school district.

Lastly, Ron Hook added, "We want multiple collaborations, whether it be the city, the county, the school district, Mosaic, anybody. We'd love to collaborate with anybody. Just as long as the YMCA can still maintain and do their part to help wellness in Buchanan County."

Hi: 88° Lo: 62°
Feels Like: 82°
More Weather
Pleasant conditions continue this week for northwest Missouri and northeast Kansas even as temperatures are steadily warming. Highs look to reach into the upper 70s to low 80s. Dry conditions look to continue.

One in custody following overnight shooting 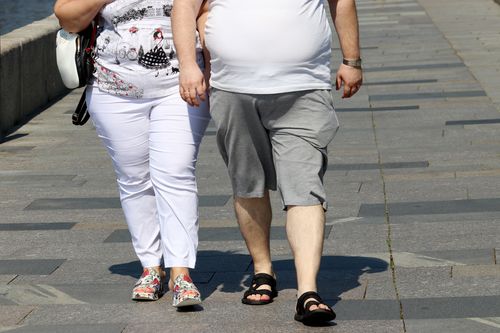