The intersection of Lake Avenue and Alabama Street sees about 14,000 to 15,000 drivers pass through it everyday according to MoDOT, it has garnered a reputation for being difficult to navigate.

(ST. JOSEPH, Mo.) A notorious intersection has become a bit of a headache for drivers in the southside.

However, recent accidents including one that left a motorcyclist dead are forcing questions as to what can be done about the tricky intersection.

It's a major concern for tens of thousands of drivers on the south end.

“This is a dangerous area over here,” Tamala Parker who works near the intersection said.

The intersection of Lake Avenue and Alabama Street sees about 14,000 to 15,000 drivers pass through it everyday according to MoDOT, it has garnered a reputation for being difficult to navigate.

“It's hard for you to even maintain seeing which way that vehicle's going,” Parker said. “There's blind spots everywhere.”

Those who live and work near the intersection say that difficulty is leading to more accidents, and MoDOT says it has their attention.

“It’s a very wide intersection, there's a lot going on there many roads coming in all at one spot,” Adam Wood from MoDOT said. “We've seen crashes pop up in that area from time to time. we've studied it multiple times and we studied it again in the last twelve months.”

MoDOT says they have some ideas to fix the intersection, but they need the funding available to do so.

“We cover a lot of roads and a lot of counties so we have to compare one intersection to another intersection to try to figure out where we're going to get the best bang for our buck,” Wood said.

They say the intersection has been on their list of improvement projects for a while. Drivers and those who work nearby say they hope something happens and soon.

“Hopefully something gets done because like I said there's been a lot of people get hurt, killed and we don't need that to happen,” Parker said.

Until then MoDOT says the best thing people can do in the area is to be aware of their surroundings and slow down.

“Just give it a bit of extra time and try to not be distracted or anything really pay attention and be patient at that intersection,” Wood said.

MoDOT staff say they're hoping the intersection's place on the list of road projects will be moved up in light of recent accidents. 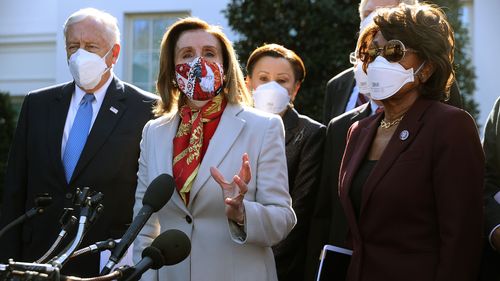