John T Byland, 75, Maryville, MO. passed away Tuesday, May 15, 2018 at St. Francis Hospital. John was born in Old Monroe, MO to adopted parents, Dr. Benjamin and Lillian “Giboney” Byland who have preceded him in death. ?
John was united in marriage to Paulette Himenez in San Lorenzo, California, in 1966. They divorced in 2007 but remained close friends.
Early in life John farmed and helped his dad. John graduated Maryville High School and served in the Navy for four years. After several years he went to work for Maryville Forge and retired from there. After retirement he went back to farming. He loved his quarter horses and was an avid bowler which included being inducted into the Maryville Hall of Fame. He also loved watching his granddaughters at their various sporting events. He was a member of St. Gregory’s Catholic Church. ?
Also preceding John in death include: Siblings; Michael Byland and Nancy Byland.
Survivors include: Ex-Wife Paulette Byland; Renee (Jeff) Greunke of Waverly, NE and John (Becky) Byland of Maryville, MO. Five grandchildren: Brooke Byland (Kyle Easter), Maryville, MO; Chelsea (Chance Clement) Byland, Skidmore, MO; Kaylin Byland, Maryville, MO; Sydney Greunke, Waverly, NE; Sami Greunke, Waverly, NE. One great-grandchild, Jack Clement.
Family will receive friends Sunday, May 20, 2018 from 5:00 p.m. to 7:00 p.m. at Bram-Danfelt Funeral Home in Maryville, MO.
Mass of Christian Burial will be Monday, May 21, 2018, 10:00 a.m. at St. Gregory’s Catholic Church. Interment at St. Patrick’s Cemetery
In Lieu of flowers, memorials can be made to the American Heart Association and the American Diabetes Association

Hi: 34° Lo: 24°
Feels Like: 36°
More Weather
The good news is our temperatures will be on the rise through the week. Sundays highs will be in the middle to upper 40s and Monday is expected to be even warmer. There is a slight risk for some evening rain showers Tuesday. By midweek highs will be pushing the 50s. By the end of the week we could be seeing highs in the 60s. 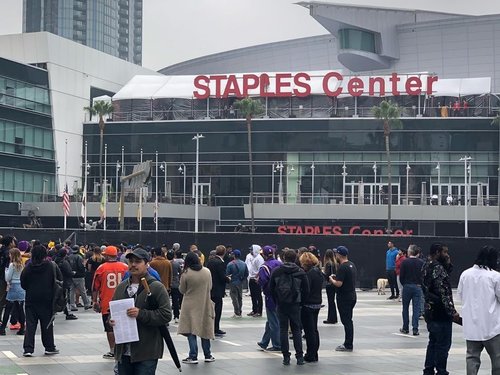 Kobe Bryant and his daughter, Gianna, killed in a helicopter crash in California