Griffons ready for home opener against No. 1 Central Missouri

The Missouri Western women's soccer team is finally playing at home, but the home opener comes against the No. 1 Central Missouri.

(ST. JOSEPH, Mo.)— The Missouri Western women's soccer team is finally playing at home, but the home opener comes against the No. 1 Central Missouri.

"We tell the kids all the time to just play within themselves, play within your own ability," Griffons head coach Chad Edwards said. "We'd be lying to ourselves if we don't look at certain games our our schedule and feel like 'hey, that's a big game there and it obviously it is, it's our home opener."

The Griffons will play Central Missouri (6-0) Friday night and it's the first shot Missouri Western has at taking down the defending MIAA and Division II National Champions.

"We have the potential to play well against them and to prove ourselves in front of our fans and for ourselves honestly," Griffons senior Madeline Cowell said.

Missouri Western comes into the game 4-2 on the season— winning four of their last five games after being shutout in the season opener.

"It was tough losing our first game, but it just showed how well we can bounce back and be resilent as a team," Senior Sara Collins said.

After losing 4-0 in the season opener, Missouri Western has allowed just four goals in the last five games.

"Losing isn't easy, but it's a great learning experience," Senior Brooke Howe said. "It really helped us see our true character as a team, I think we're all really good people."

The Griffons have been playing better the last few weeks and that's big because Central Missouri comes in scoring an average of just under three goals per game.

"We were right there in every single game and I think it just proves that we can play with the national champions," Senior Megan Maenner said.

It's a big test for the Griffons, but they know what they have to do Friday night.

"If we just have it in our heads that we can beat them, we can definitely show up and play against them," Cowell said.

Hi: 40° Lo: 25°
Feels Like: 16°
More Weather
A warm and windy Thursday across the area as temperatures reached into the low to mid 70s. A much cooler day on Friday across northwest Missouri and northeast Kansas and the winds again start to pick up out of the north which will cool our temperatures down to the 40's for highs. 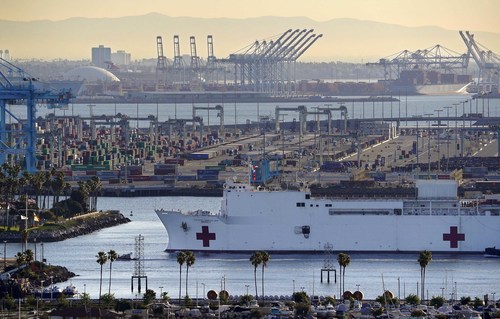