Temperatures will be a bit milder overnight with lows dropping into the 20s.  Tomorrow will be slightly warmer than today with highs in the upper 30s and lower 40s under a mix of sun and clouds.

A weak cold front will move through overnight Thursday into Friday keeping temperatures on the cooler side Friday.  Highs will struggle to make it to the freezing point.  Temperatures will quickly start to warm up this weekend with highs in the mid to upper 40s under mostly sunny skies.  Next week will start out on the warm side with highs making a run for the 50s.  A cold front will move through mid week bringing colder temperatures and our next chance for precipitation.

Partly cloudy during the evening. A few showers developing later during the night. Low 39F. Winds S at 10 to 20 mph. Chance of rain 30%. 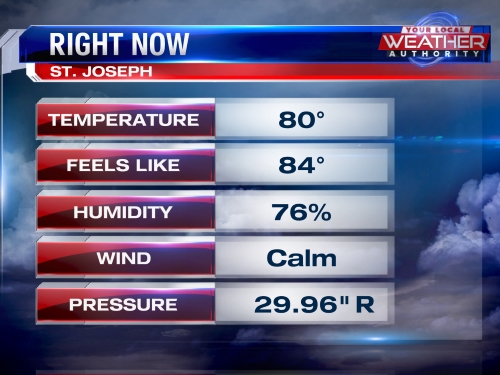